Ekow Nimako is a Toronto-based artist who makes Afrofuturism sculptures from black LEGO.

Ekow Nimako is a Toronto-based, internationally exhibiting LEGO artist who crafts futuristic and whimsical sculptures from the iconic medium. Rooted in his childhood hobby and intrinsic creativity, Nimako’s formal arts education and background as a lifelong multidisciplinary artist inform his process and signature aesthetic. His fluid building style, coupled with the Afrofuturistic themes of his work, beautifully transcend the geometric medium to embody organic and fantastical silhouettes.

I haven’t played with LEGO in years so I didn’t know there were so many varied pieces to make these majestic sculptures. It’s truly breathtaking to witness.

Yep, it’s another photorealist artist on the blog (although apparently his work is sometimes referred to as ‘Hyper-Surrealism’) and another from Canada (the other being Charles Bierk). Jeff Bartels is today’s artist and his oil paintings are phenomenal in realism and size. 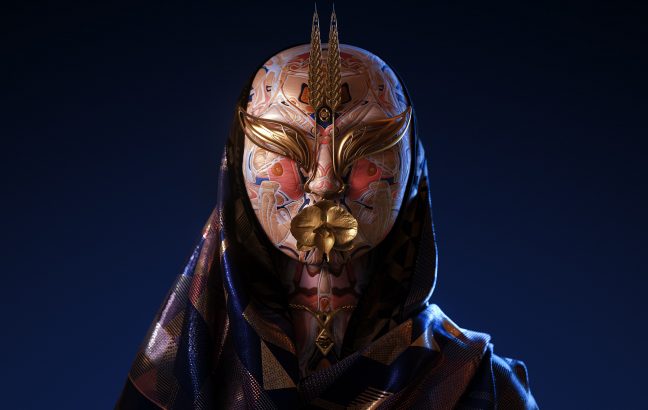 I watched a very wild video involving anti-maskers in the US fighting with people wearing masks (as you should). It devolved into physical abuse and shouts of “China communists” and “mask Nazis”. People are trash and COVID is real.

Masks are necessary. They inspired the Cultrface logo (RIP DOOM) and have represented a lot of meanings in life and art for centuries. Canadian artist Vini Naso understood this when he created his visual art series, “THE MASKS WE WEAR”:

In this series I wanted to bring together the folkloric fused with a futuristic cyberpunk aesthetic to create something that felt timeless or time agnostic. Ironically, the pandemic has made this series especially timely for our ‘new normal’.

This series has recently been featured on Vogue Italia on an article about leading artist working at the intersection of Art, Beauty and Technology.

If I could see and breathe through something like that, I’d probably rock one on weekends to scare the maskless who choose not to stay safe.

Check Vini’s Behance project to see the series in full. 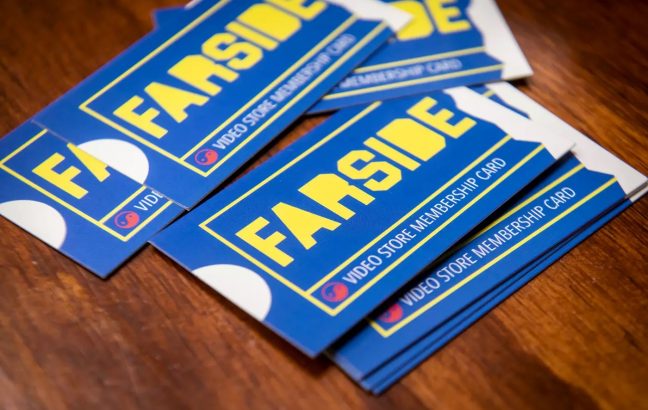 Farside in East Chinatown, Toronto, is known for its love of VHS and now the Toronto bar is taking it to the next level—by offering VHS rentals.

“We’ve managed to accrue 5,000-plus tapes from donations and thrifting. We’re always playing something on the bar’s projector, and used to have movie screenings on Monday nights. Essentially, we had more than enough stock to start renting tapes, so it felt natural.”

According to photographs from Farside, the pricing is as follows (in Canadian dollars):

If you had to read those last two offers twice, I don’t blame you. Farside does offer a VCR (HDMI-compatible) and free popcorn.

Head to Farside and grab a piece of nostalgia with a pint or two (if it’s safe to do so). And if you like VHS, check out the last video rental shop in the world although I’m not sure if it can retain that name now. 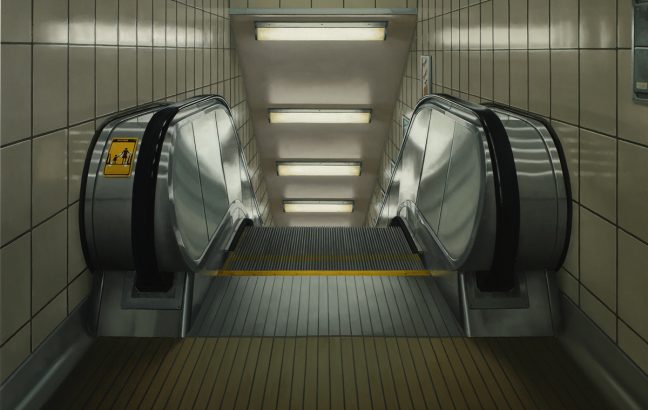 Hyperrealism is very much my thing when it comes to art and Peter D. Harris’s work fits the bill. The Canadian-based artist has been painting urban landscapes for over 25 years and his depictions of empty urban areas are astonishingly accurate.

His work portrays the common elements of the city: parking lots, building, gas stations, restaurants, subways, etc. These often overlooked aspects of the urban environment are presented as an opportunity to re-examine the spaces we inhabit. Painted in a crisp, realist manner, his paintings are recognizable for their depictions of urban settings at night, absent of people.

After graduating from the University of Waterloo with a Fine Arts degree in 1997, Peter went onto showcase his work across North America and some of his work can be found in private collections in Europe as well.

Check out his work and his personal essay on driving his mother back from Florida during the pandemic. 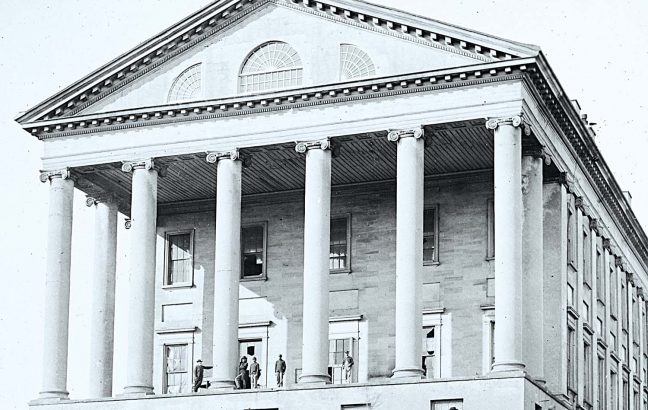 Magdalena Milosz wrote a review of Race and Modern Architecture: A Critical History from the Enlightenment to the Present earlier this month. Here’s an excerpt:

The editors of Race and Modern Architecture recognize a need to not only append “other” architectures and critical histories to the canon. Rather, they propose to examine how race is constitutive of modern architecture, suggesting that “race can be read as much within the canon as outside of it.” The opening chapters thus recontextualize early American civic architecture through its disavowal of slavery, as it sought to represent a liberty and democracy from which Black people were excluded. Here, the figure of Thomas Jefferson looms large, and the authors shine a light on his and his contemporaries’ personal connections to slaveholding, as well as pointing to overarching links between slavery and architecture.

The book explores racial impacts on architecture since the 18th century, and challenges those in the field to pay architects of colour their due.

By analyzing how architecture has intersected with histories of slavery, colonialism, and inequality—from eighteenth-century neoclassical governmental buildings to present-day housing projects for immigrants–Race and Modern Architecture challenges, complicates, and revises the standard association of modern architecture with a universal project of emancipation and progress.

As Milosz surmises, it’s more of an academic read than a bedtime story but it provides a decent basis for understanding racism and erasure in architecture.

Read the full review on Canadian Architect and a post on Paul R. Williams: the Black architect of public buildings and celebrity homes.

Home of the mounties, maple syrup, and indigenous people who deserve the land the nation ripped away from them, Canada is seen as the more neoliberal cousin of the USA (and let’s not get into indigenous rights for those guys).

But it’s divisive enough to insert the US into conversations about Canada. The country has its own identity and ways of living. The same can be said for its history in film, both homegrown and with actors of Canadian origin. In celebration of all that and to keep people entertained and occupied while they’re self-isolating, the National Film Board of Canada have made 4,000 films available to stream, free of charge “even for Americans”.

But it’s not just fictional films on offer. NFB has a range of documentaries, shorts, and animations to enjoy. That should keep you busy for the next <insert number of months we’re stuck in viral protective purgatory> months.

To whet your appetite, you can stream Volcano: An Inquiry into the Life and Death of Malcolm Lowry below, the Oscar-nominated documentary about novelist Malcolm Lowry and his magnum opus, Under the Volcano. 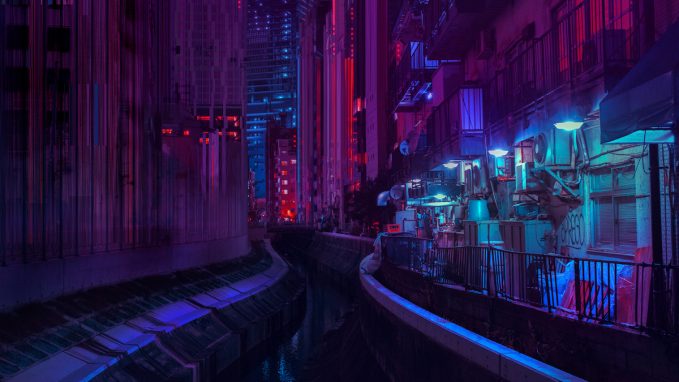 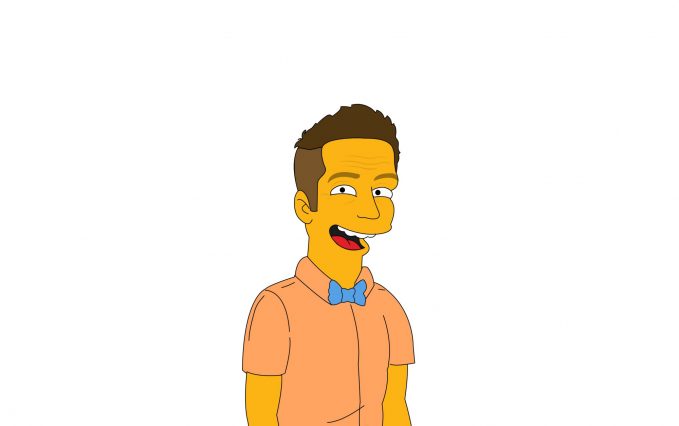 I have been a big fan of Corbet Rutzer’s content for a number of years. I mean, look at this for a description:

I am a fearless communication ninja, social media maestro, brand expert and curation specialist with a chronic food and music habit.

That speaks to me on so many levels. His work has featured for brands such as Thrillist and FRANK151 and he had a brief stint teaching Online Presence and Social Media at Vancouver Film School and Vancouver Community College. Corbet is for the kids.

Today, the content polymath took some time out of his day to answer our specially *patented questions.

What is favourite city in the world?

What’s the most unusual item you take everywhere you go?

Why do you do what you do?

When was the last time you told someone you loved them?

Where do you go to relax?

How do you say goodbye in your culture? 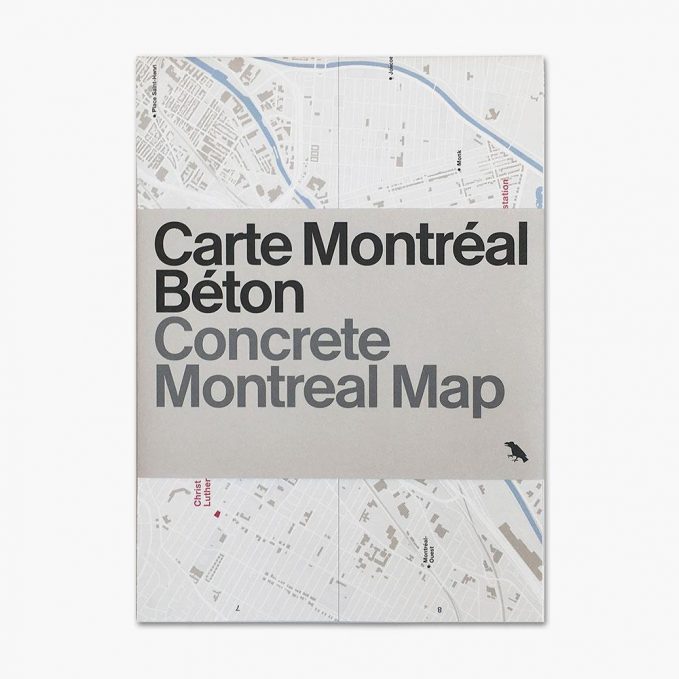 The name Carte Montréal Béton just sounds great on its own. It is, of course, the French name for Concrete Montreal Map, the latest brutalist map from Blue Crow Media.

It’s said that Montreal became a canvas for concrete architecture during the early 20th century, with a peak during Expo 67 which the below Habitat 67 was built for. Designed by Moshe Safdie, it’s a brutalist landmark and one of Canada’s most famous pieces of modern architecture.

The company have already made maps for major cities such as London, Boston, New York, and Paris. Montreal has an abundance of brutalist buildings and photographer Raphaël Thibodeau brings all 56 of them to life in monochrome.

Australian brutalist fans can rejoice as Concrete Melbourne Map is out later this summer. 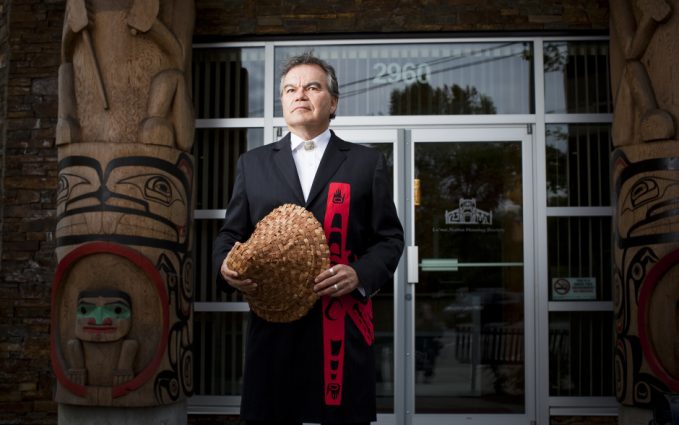 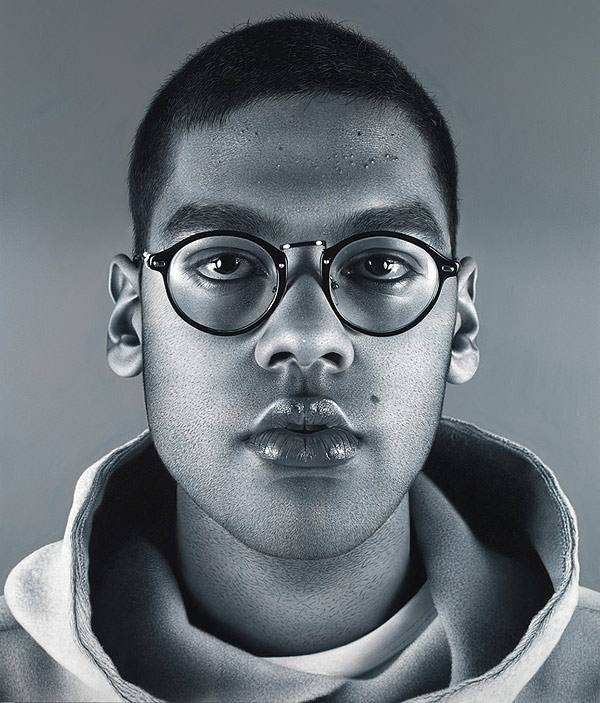 His work includes large-scale portraits of his friends that you’d swear were actual photographs. They aren’t. Charles Bierk has been painting since childhood and is the son of late painter David Bierk. Photorealism is one of my favourite branches of art. I’m engrossed by the detail and dedication to every stroke. The longer you look, the more photographic they appear.

My eyes refuse to believe they’re not photographs and that’s the beauty of Bierk’s work. It’s fair to say Canada knows a thing or two about great art.

(via Booooooom, full work can be found at charlesbierk.com)