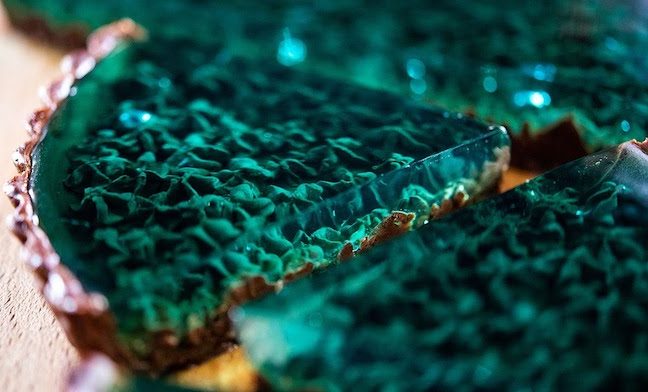 With all the continued controversy over recipe blog posts, their length, apps that stole content, and the reasons for seemingly irrelevant life stories attached to them, I’ve wondered if it’s worth blogging about recipes anymore.

Then I remembered the time I went to my grandparents house in 2004 in Jamaica. It was the first time I’d been back since I was a baby…

That was a joke btw; no tangents here!

Back to the matter at hand. Here’s how to make an emerald marine chocolate mint tart. It looks gorgeous and I can only assume it tastes it too.

As not to be a hypocrite, I won’t copy and paste the recipe so you’ll have to go to the YouTube page to find all the ingredients you’ll need. It’s “in the description below.” 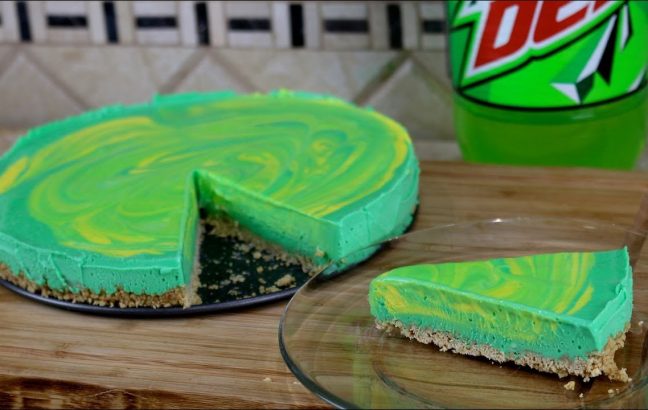 It was a sad day when they nerfed Mountain Dew in the UK because of the sugar tax. When my cousin introduced it to me in 2003, I’d never tasted anything so sugary, watery, or green in my life. But thanks to Tastemade and James Lamprey, there’s a new way to add the sugar back in the form of a Mountain Dew cheesecake.

These recipes are not for the faint of heart (literally). If you want something lighter, try a banana bread bottom cheesecake instead.