Merry Christmas to everyone! No matter what you’re doing, I hope you’re safe and well. To get you into the Christmas spirit, Doug Bradley (better known as Pinhead from the Hellraiser series) read A Visit from St. Nicholas by Clement Clarke Moore last night. Having a model of Pinhead wearing a Santa hat in the background just adds to the macabre charm.

Santa related: The oldest Santa Claus movie in the world from 1898

Will Patrick wrote some advice on present buying for people and explained why we’re so bad at it:

In 1993 – to cries of ‘Grinch!’ – economist Joel Waldfogel published a now-infamous paper (among certain economist circles, anyway) titled ‘The Deadweight Loss of Christmas‘.

In it, Waldfogel argues that huge sums of money are wasted every year on gifts that nobody really wants. More accurately, he reported that many gift recipients valued their gifts at a dollar amount much lower than was actually paid for the item.

For example, if I bought you a gift for $100 and you thought that it was actually worth about $70 it would mean that, somewhere along the line, you’ve destroyed $30. Pop! It’s gone. You might as well have just taken your cash and burnt it.

Waldfogel found that anywhere between 10% and 33% of all Christmas gifts cause this kind of loss every year. This is stunning, especially when we extrapolate out to the entire population.

He concludes by saying that many people could do worse than simply giving cash as a gift because it would carry more value than the actual gifts they might otherwise have bought.

Unless you are absolutely convinced that you are god’s gift to… well, gift-giving, then you’re probably seeing the same loss of value with your own gifts. Or, to put it another way, a lot of your gifts probably suck whether you realise it or not.

So what do we do to save money and headaches? Ask them what they want.

It seems obvious, but this is often the best way to get people gifts that they actually want. Many avoid this tactic because it diminishes the surprise/wow factor of the moment of exchange, but that’s not actually important apart from your own fleeting enjoyment.

What matters more is that you don’t waste a bunch of money on something somebody doesn’t actually want.

Asking people outright might feel weird at first, and they may not be forthcoming with an answer, but sometimes a bit of wheedling can normally get you most of the way there, or at least the outline of a good idea.

I wrote this tweet last year (and retweeted it this week) and it will ring true forever. Just ask your friends and family what they want. Get them to make a wishlist. If they refuse because they’d prefer to carry on the charade, use your judgement and experience and if they complain, don’t buy them gifts anymore. It’s not worth the unnecessary hassle if people refuse to comply. And have a Merry Christmas.

A feuerzangenbowle is a Christmas drink from Germany that literally translates as ‘fire tongs punch’. The ‘punch’ is mulled wine (glühwein) and you get a flaming rum-soaked sugarloaf over the top which drips into it. Gastro Obscura gave some info on how to make it:

This special punch starts as red wine that is warmed and spiced with the likes of cinnamon, clove, orange peel, and cardamom (you can find recipes for that, plus the whole feuerzangenbowle process, online). Once the base beverage is ready, you’ll need some overproof rum (industry slang for rum that’s more than 50 percent alcohol; this is also sometimes called “navy strength”), such as Plantation O.F.T.D., and a compressed cone of sugar, called a zuckerhut.

It’s no Flaming Moe though.

There’s always a question of what you do with your old Christmas tree when Christmas is over. According to Capital Gardens, you could turn it into mulch or compost, turn it into a bird feeder, or even replant it. But Gastro Obscura has another idea—use it to make a cocktail:

In the winter of 2015, I spent a considerable amount of time trying to extend the short shelf life of a Christmas tree. I drove around London’s leafy periphery, pilfering Christmas tree branches. It was odd behavior on my part, but this foraging exercise was rooted in a deep hatred of waste: My goal was to figure out how to eat and drink them.

Soon enough, I was serving dishes such as zesty Christmas tree-cured fish, spruce and ginger ice cream, tart Christmas tree pickles, and sweet apple and fir membrillo. I experimented with cocktails, too: spruce-infused gin, herby pine vodka, and fir cordial. Last year, I published a cookbook, How to Eat Your Christmas Tree, to encourage home cooks to have a good think about wastefulness and sustainability over Christmas time.

Oh yeah, and you can use a Christmas tree to make food, as you do. Sarcasm aside, this is a great sustainable Christmas idea and it involves nice food and cocktails (although I’m sure these festive ingredients would work just as well in non-alcoholic alternatives).

But a word of caution from the writer, Julia Georgallis:

I wouldn’t want anyone to end up at the dentist or hospital because they accidentally ate their Christmas tree so be careful. And make sure you pick the right tree: Spruce, fir, and pine are extremely edible but yew and cedar as extremely poisonous.

Stephen Moss compiled a list of the 13 birds most associated with Christmas. Most of them are from The Twelve Days of Christmas with a bonus bird:

Like many ancient rhymes, stories and songs, The Twelve Days of Christmas has been the subject of countless explanations of its ‘real meaning’. Some have suggested that it is an ancient version of a wedding list – a series of increasingly lavish gifts presented to a married couple, from a humble partridge to an entire drumming band.

Others have seen a more sinister meaning in the verse, speculating that it was originally written in code during the Protestant Reformation, to teach Catholic children their faith. In this interpretation, three French hens represent the Father, Son and Holy Spirit; four colly birds, the gospels; 12 drummers drumming the Apostles, and so on.

As a lifelong birder, I have another suggestion: that each of the carol’s 12 lines represents a bird. Given that the first four lines, along with the sixth and seventh, are explicitly avian, I suggest that the whole verse was originally written to celebrate 12 different birds.

Spoiler alert: the 13th bird of Christmas is the robin but the reasons Moss gave for why this is are particularly interesting, from biblical robins to 19th-century postmen. 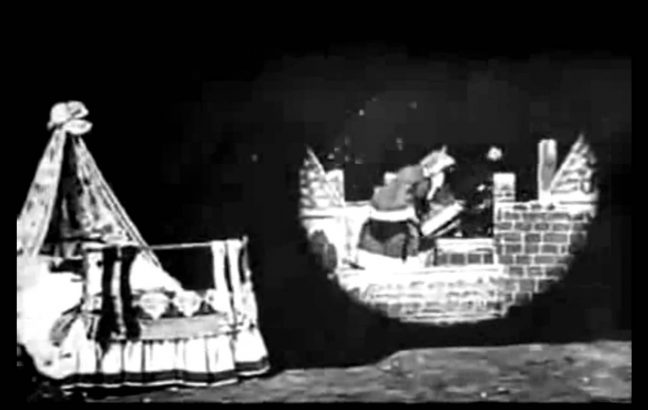 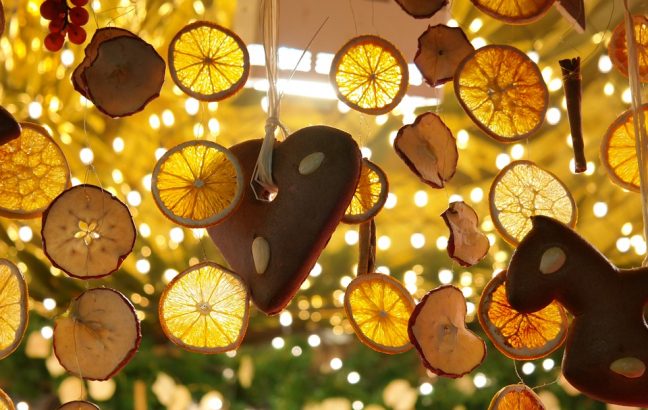 We’re 31 days away from Christmas, folks! The dreaded virus—alongside changing consumer behaviour—means we’re buying more and more online but that comes at a cost to your bank balance and the environment.

Shop Like You Give A Damn wrote an interesting piece on the sustainability of Christmas gifts. In the article, they looked at the impact of some of the most commonly given Christmas gifts in the UK including socks, shampoo, candles, and wrapping paper.

Here’s a brief look at the environmental impact of a pyjama set:

When examining a cotton pyjama set, we need to talk about water consumption first. A shockingly high amount of 20 000 litres of water is used to produce one cotton pyjama set. This is the same amount of water a UK household of two would use in about 2 and a half months!

Of course, this isn’t to shame people for giving or receiving presents but it’s helpful to know how items are made and how they affect the planet.