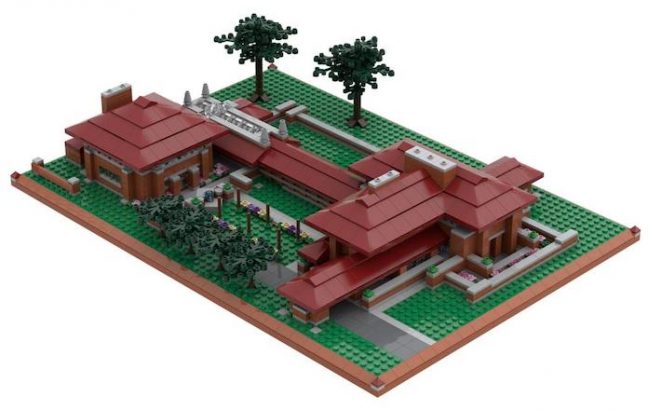 Build your own miniature Wright house with this Atom Brick platform. There are a lot of LEGO® brick building clones but Atom Brick is 75% smaller and allows for more intricate constructions such as Frank Lloyd Wright’s Darwin D. Martin House. I once had a collection of Pokémon cards donated to me by my cousin. 2 years later, I sold them all for £20. I’ve made worst decisions since but that was a pretty bad one.

However, Dan Larson of Toy Galaxy had a clear mind when he sold his toy collection back in 2018.

Who is Dan Larson?

Dan Larson is a content creator, graphic artist, writer and host of Toy Galaxy, a YouTube channel dedicated to toys, comics, and all related media. (And he is awesome.)

At present, Toy Galaxy boasts over 165,000 subscribers and covers a wide range of topics, mostly in the form of top 10s and historical overviews. (And it is awesome.)

Gone but not forgotten

In a video, titled “Why I Sold My Collection”, Dan discussed his reasons for selling and how a need to “collect everything” got quickly out of hand. In his own words, he sold his toy collection to save it and gave some sage advice on how he managed to take control.

“If I’ve learned one thing from 24 years on the internet, it’s that if a thing exists, someone is out there collecting it.”

But collecting things can turn into an obsession as Dan mentioned in the video intro:

“[…] part of being a collector – any kind of collector – is knowing when it’s time to step away from the collection, from the neverending pursuit of the next piece, and reassess what you’re doing and why. What are you collecting? Is it even the same thing you set out to collect when you started? How far away from the original idea have you strayed? How far will you go to justify that something should be a part of your collection just to be able to add to your collection?

Dan’s story transcends the collection of toys, or any paraphernalia for that matter. Unless you’re one of those minimalists, you’ll have collected items, consciously or otherwise, and you’ve avoided getting rid of the things you don’t need. Then you’ll continue collecting until you have the “moment of clarity” as Dan put it in the video.

Stream the video below and hopefully, you’ll find your own moment of clarity. 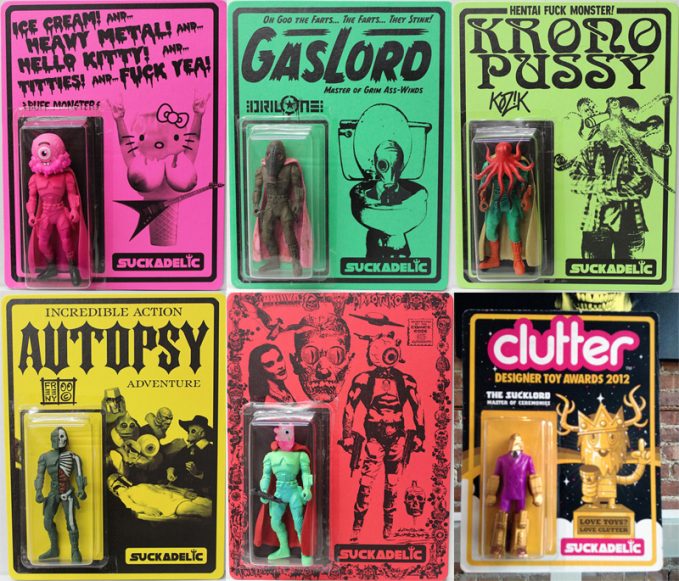 Bootleg culture is a major subculture of our times.

It repurposes the discarded and creates new life. The Sucklord lives by his name under a super-villainous guise and makes bootleg action figures. The New York City pop artist is known for his “subversive Action Figure mashups and Reality TV Persona”, according to his website.

Operating under the Brand SUCKADELIC, The Sucklord’s Line of self-manufactured Bootleg Toys steal shamelessly from STAR WARS, Vintage Advertising and All manner of Pop Culture Trash. Packaged in layers of ironic self-Mockery, His shoddy looking wares have inspired an entire secondary Art movement, with dozens of entrepreneurial Toy Bootleggers creating their own versions of highly referential, low-Rent interpretations of their favorite figures.

Stream the video on Vimeo.