Green is the colour of Kermit the Frog, Mike Wazowski, and two-thirds of Nigeria’s national flag. It’s associated with nature, fertility, tranquillity, money, good luck, health, movement, and ecology. It can also signify illness and envy. Grass is green, the Chicago River is green once a year for St. Patrick’s Day, many political parties are green. Great gardeners have green fingers, inexperienced ones might be greenhorns, and jealous ones might be green-eyed monsters.

Green is my second favourite colour behind red (sorry, blue, you’re in 3rd place now!) thanks to Sporting CP. Green is also a traditional colour in Islam, associated with paradise in the Quran.

A passage from the Quran describes paradise as a place where people “will wear green garments of fine silk.” One hadith, or teaching, says, “When Allah’s Apostle died, he was covered with a Hibra Burd,” which is a green square garment. As a result, you’ll see green used to color the binding of Qurans, the domes of mosques, and, yes, campaign materials.

J. Milton Hayes’s “Yellow God” had a green eye (likely an emerald), Andrew Marvell’s “The Garden” said “No white nor red was ever seen / So am’rous as this lovely green.”, and D. H. Lawrence said the dawn was “apple-green”. Aliens are often green, little, and men for some reason.

The green room is where performers wait before they go on stage, there are at least 250 films in Letterboxd with “green” in the title including Green Book, Green Lantern, The Green Hornet, The Green Mile, and 17 films simply called Green.

Green and gold go together perfectly in a room and green Victorian tiles adorn many London Underground corridors (but not Green Park’s for some reason).

Judy Horacek and Mem Fox asked “Where Is The Green Sheep?“, Dr. Seuss wrote about Green Eggs and Ham, and Hemingway talked about the Green Hills of Africa (specifically East Africa). Kermit sang it ain’t easy being green, Tom Jones sang about the green green grass of home and Beyoncé gave us the green light (as did John Legend).

In art, you have Karel Appel’s The Green Cat, Lilian Thomas Burwell’s Greening, Jean-Michel Basquiat’s Queen Green, and Jean Gabriel Domergue’s Green Park. There have been 3 green colours chosen as Pantone’s Colour of the Year between 2000 and 2021 (the most recent was emerald in 2014).

There’s a lot of love about green.

Tim Keane wrote about Black Caribbean poet Aimé Césaire who disseminated the brutality of colonialism in his work:

Since Césaire’s death in 2008 at age 94, as democracies devolve into autocracies and wealthy nations sidestep poorer ones on our endangered planet, Discourse on Colonialism remains prescient about the barbarity that informs civilization. In literary terms, its enduring relevance tends to overshadow Césaire’s standing as the most influential Modernist poet in Caribbean literature, an imaginative writer who molded the French language to make a personal poetry characterized by hypnotic physicality, ritualized anguish, and metaphorical exorcisms.

Césaire was born in Basse-Pointe, Martinique, in 1913. After moving to the capital, Fort-de-France, to attend the only secondary school on the island, he moved to Paris to attend the Lycée Louis-le-Grand on a scholarship. There, he passed the entrance exam for the École Normale Supérieure, co-created a literary review called L’Étudiant noir (The Black Student) and helped to start the Négritude movement.

To Heliodor from Przemysl: “You write, ‘I know my poems have many faults, but so what, I’m not going to stop and fix them.’ And why is that, oh Heliodor? Perhaps because you hold poetry so sacred? Or maybe you consider it insignificant? Both ways of treating poetry are mistaken, and what’s worse, they free the novice poet from the necessity of working on his verses. It’s pleasant and rewarding to tell our acquaintances that the bardic spirit seized us on Friday at 2:45 p.m. and began whispering mysterious secrets in our ear with such ardor that we scarcely had time to take them down. But at home, behind closed doors, they assiduously corrected, crossed out, and revised those otherworldly utterances. Spirits are fine and dandy, but even poetry has its prosaic side.”

To Esko from Sieradz: “Youth really is an intriguing period in one’s life. If one adds writerly ambitions to the difficulties of youth, one must possess an exceptionally strong constitution in order to cope. Its components should include: persistence, diligence, wide reading, curiosity, observation, distance toward oneself, sensitivity to others, a critical mind, a sense of humor, and an abiding conviction that the world deserves a) to keep existing, and b) better luck than it’s had thus far. The efforts you’ve sent signal only the desire to write and none of the other virtues described above. You have your work cut out for you.”

To Michal in Nowy Targ: “Rilke warned young poets against large sweeping topics, since those are the most difficult and demand great artistic maturity. He counseled them to write about what they see around them, how they live each day, what’s been lost, what’s been found. He encouraged them to bring the things that surround us into their art, images from dreams, remembered objects. ‘If daily life seems impoverished to you,’ he wrote, ‘don’t blame life. You yourself are to blame. You’re just not enough of a poet to perceive its wealth.’ This advice may seem mundane and dim-witted to you. This is why we called to our defense one of the most esoteric poets in world literature—and just see how he praised so-called ordinary things!”

To B.L. from the vicinity of Wroclaw: “The fear of straight speaking, the constant, painstaking efforts to metaphorize everything, the ceaseless need to prove you’re a poet in every line: these are the anxieties that beset every budding bard. But they are curable, if caught in time.”

To Zb. K. of Poznan: “You’ve managed to squeeze more lofty words into three short poems than most poets manage in a lifetime: ‘Fatherland,’ ‘truth,’ ‘freedom,’ ‘justice’: such words don’t come cheap. Real blood flows in them, which can’t be counterfeited with ink.”

Thanks to Zito Madu for tweeting this out (and check the rest of the thread for more great insights from the likes of Flannery O’Conner, Susan Sontag, and Jose Saramago. And the title is all his too; credit where credit’s due). 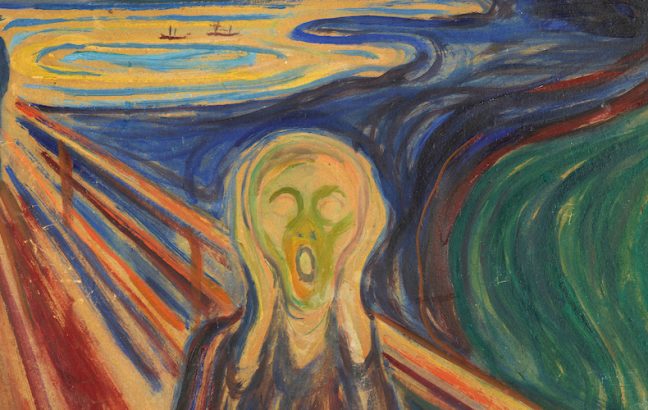 Doom Haikus is a collection of “gloomy haikus” and its origin story is simple:

Everyday* in 2020, we posted the top news stories to Mechanical Turk, asking turkers to respond with a 5, 7, 5 syllable haiku. These are the results.

And those results are “about 2,000 people” who responded with over 2,700 haikus, “forever memorializing the worst year of our lives, as anxious sets of 5, 7, 5 syllables.”

Here’s one from January I thought was funny:

AOC Makes Claim
Joe Biden is too Centrist
She is Progressive

There’s been a lot of discourse around doomscrolling and the physical and mental drain on us but these doom haikus seem almost… cathartic? They don’t solve the issues we have faced, are facing, or will face but they try to make sense of things, even for 17 syllables. 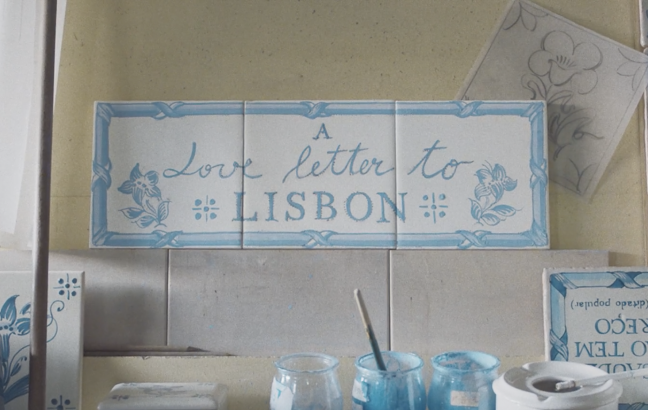 Breakwater Studios produced a short film in honour of Lisbon, the capital city of Portugal. Sofia Domingues read the poem “Viajar” by Fernando Pessoa which was really fitting:

This left me feeling a bit emotional as I love Lisbon and I really want to go back this year, providing it’s safe to do so.