Eugenia Goncharova, aka 6VCR is a concept artist, illustrator, and 2D animator from Kaliningrad in Russia. She specialises in digital art that takes inspiration from her home country.

I recommend you check out her shop as well.

Rachel Walker is an artist from New Zealand who specialises in watercolour, spray paint, pen and ink artwork.

Rachel’s creative work has seen her involved in a range of projects, from commissioned pieces to painting for film and stage sets. Her career to date has included a number of solo gallery exhibitions, creating cover art for magazines, school journals and albums, and a stint living and painting in rural France. Rachels original and printed works can be viewed in galleries around New Zealand, as well as the walls of many wonderful homes.

I love the vibrancy and energy of her work.

Jenifer has always been intrigued by portraying lesbian stories in this style, especially when she discovered the effects of storytelling in comic books. The form goes beyond simply having fun, and resonates with her in a more decisively profound way. “I always wished to see lesbian stories and art when I was growing up, and the lack of that was what ultimately motivated me to illustrate my own,” she explains. “So, I always recall that old desire as a source of inspiration.”

(via It’s Nice That) 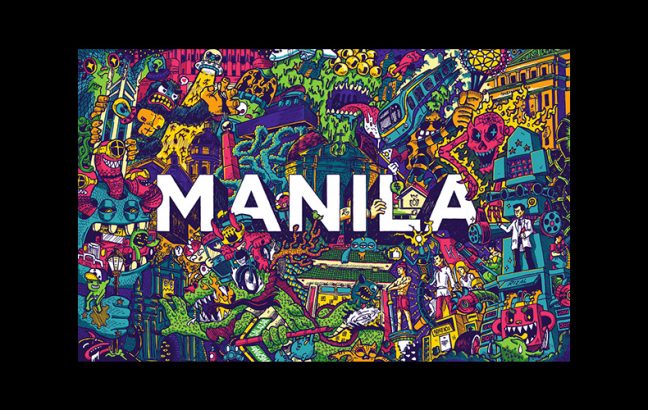 Lei Melendres is a freelance illustrator and professional doodle artist from Manila, Philippines. I’ve been a huge fan of his work for a while and I own a silicon ring with one of his designs on it.

I love doodles and Melendres’ work is so imaginative and expansive, with or without colour. He gets a lot of out the space he’s given on his canvasses and I love that too.

Related: The Posca pen wizardry of Oskunk, the wonderful art of Upendo, and the plantlife illustrations of Jim Spendlove. 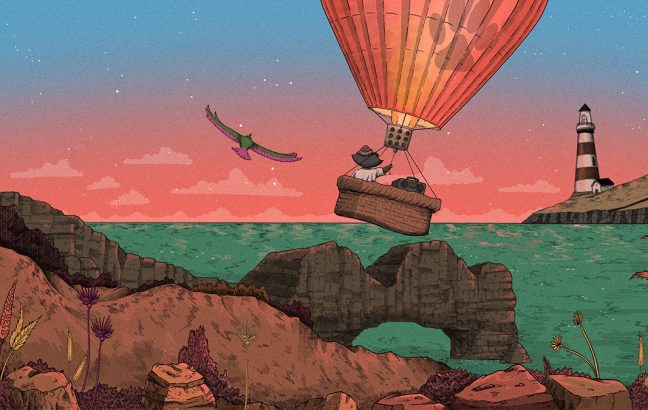 Have you ever seen a piece of art and known you’ve liked it but couldn’t find the words to describe it? As a writer, I should be able to conjure up a few adjectives to sum up Jim Spendlove’s illustrations but I’m totally blank. But I know I love them all.

I found his work today after browsing Bandcamp and coming across his cover art for Saltfeend’s new album, Skydrone. It reminded me of a landscape I’d see on Adventure Time—otherworldly yet organic. And so I went in search for more.

I loathe to use comparisons for artists as it can be derivative but Spendlove’s work reminds me of two of my favourite illustrators: Theodore Taylor III and Anthony Browne. There’s a hint of surrealism in their work but a strong sense of reality as well. Spendlove’s palettes are warm and comforting and I love the plant motifs.

So there you go. I found a few adjectives in the end. But sometimes, art speaks for itself and the messages in Spendlove’s work is more enriching than anything I could muster. 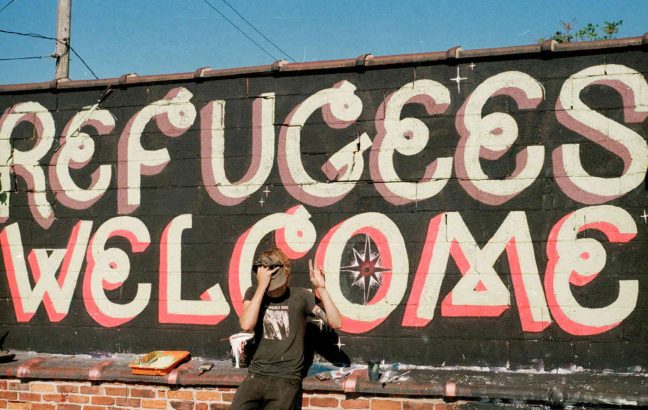 The itinerant life is coveted by many but it isn’t for everyone. The main obstacle is the insecurity of hopping from place to place without a home to return to every night; it’s there but not always within arm’s reach. But for Pat Perry, that has been a source of inspiration, even if that means being held at gunpoint and getting arrested.

Who in the world is Pat Perry?

Pat Perry was born in Michigan but now lives in Detroit, working itinerantly according to his website. He has worked with the likes of the BBC, Twitter, and Atlantic Records and could have worked for even bigger brands but turned them down telling Communication Arts, “I only want to make work that reflects what I care about.” He expanded, discussing the time he rejected a $40,000 offer to work with Taco Bell:

“I would never judge anyone harshly for taking work like this, and even for me, it was a hard situation I mulled over because I could have used the money, but I just don’t want to be remembered for that. Maybe it would have been a flash in the pan, but maybe I would have become the Taco Bell guy.”

Some of his influences include Max Horkheimer and Friedrich Nietzsche, and philosophy has a significant influence on Perry’s work, particular in his processes:

“Sometimes I just run away […] It is how I get to be alone and be a silent observer for a while.”

When Perry isn’t sketching, he paints on panels and walls. His acrylic work borders on the hyperreal, depicting the regular lives and scenery of the USA. His outdoor works have taken him to the corners of the earth, with murals in Sweden, Canada, New Zealand, and Iraq. What strikes me about his work is how considered and thoughtful it is. For an American to paint a mural in Iraq and for it to complement the surroundings so well is astonishing and refreshing.

Pat Perry’s work evokes and provokes. You feel safe in his creative world, with the soft, earthy palettes, and representations of humanity in its rawest forms. But his paintings and illustrations demand your attention as you search for unseen artefacts and subtle details. Every piece has a story to tell and you’ll want to cosy up to it to fully enjoy the experience.

One of my favourite artists is Keith Haring. His ability to create art anywhere made his work accessible to anyone. It courted controversy within the art world when he was alive and that only enhanced his appeal to me.

He started out in 2007 after viewing a custom art exhibition and started out by customizing a NES. He uploaded the result online and requests came flooding in. Now, Oskunk prefers paintings using a “tag cloud” aesthetic with comic book style typographic mixed with art from his pool of pop culture inspiration. And he’s mean with a Posca pen too.

But talk is cheap in art. Let’s take a look at a few of Oskunk’s best works.

I’m a sucker for customised Gameboys (I’ve even made some myself). This was the first Oskunk custom design I saw and it’s glorious. He brightened up a beaten-up yellow Gameboy DMG with a cool Wario Posca pen design.

Oskunk transformed a plain pop figure into a bright but frightening undead zombie Magneto with the help of his black Posca marker and some brilliant paints. It certainly looks better than the newer X-Men movies.

This stunning render strips Iron Man down to a monochrome palette with a Mexican calavera design. Can you imagine Antonio Rígido (Tony Stark translated to Spanish) as a luchador?

Following on from the macabre theme is this quick custom job on a Lindt bunny. Ever wondered what a Lindt bunny skeleton would look like? Well, now you can. (No bunnies were harmed in the making of this piece and the chocolate bunny does not contain any bones.)

This spectacular work uses just six Posca markers on black paper. Thanos’s rendered face is amazing in its use of negative space but the star of the show is the typographical gauntlet, made up of the Marvel heroes’ names.

Create your own art with these tools

Want to try your hand at making great art? These are some of the resources you might need (please note, these are Amazon affiliate links. For more information, please read our Disclaimer page): 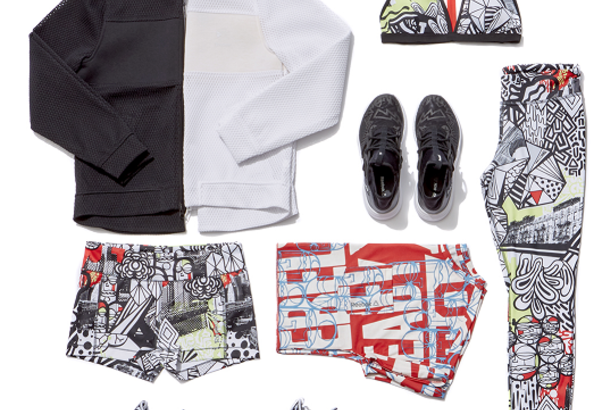 Upendo Taylor was born in Watts, California but moved to New York to make the city “his canvas” according to his website. He draws inspiration from everything in his life and puts them back into his art in the best possible way.

His aesthetic has covered topics such as pop culture, cartoons, and his love of hamburgers with different media like hand drawings, painting, and computer designs.

In 2005, Upendo teamed up with Ron Upperman to create their Leroy Jenkins clothing brand (named after the infamous Leroy Jenkins meme). The biggest endorsement of the brand came from Jay-Z who wore a Leroy Jenkins cap in 2012.

Upendo has worked with the likes of Adidas, Burton, Gatorade, Stones Throw Records, and Black Milk over the years and he’s one of my favourite modern artists and artistic inspirations.