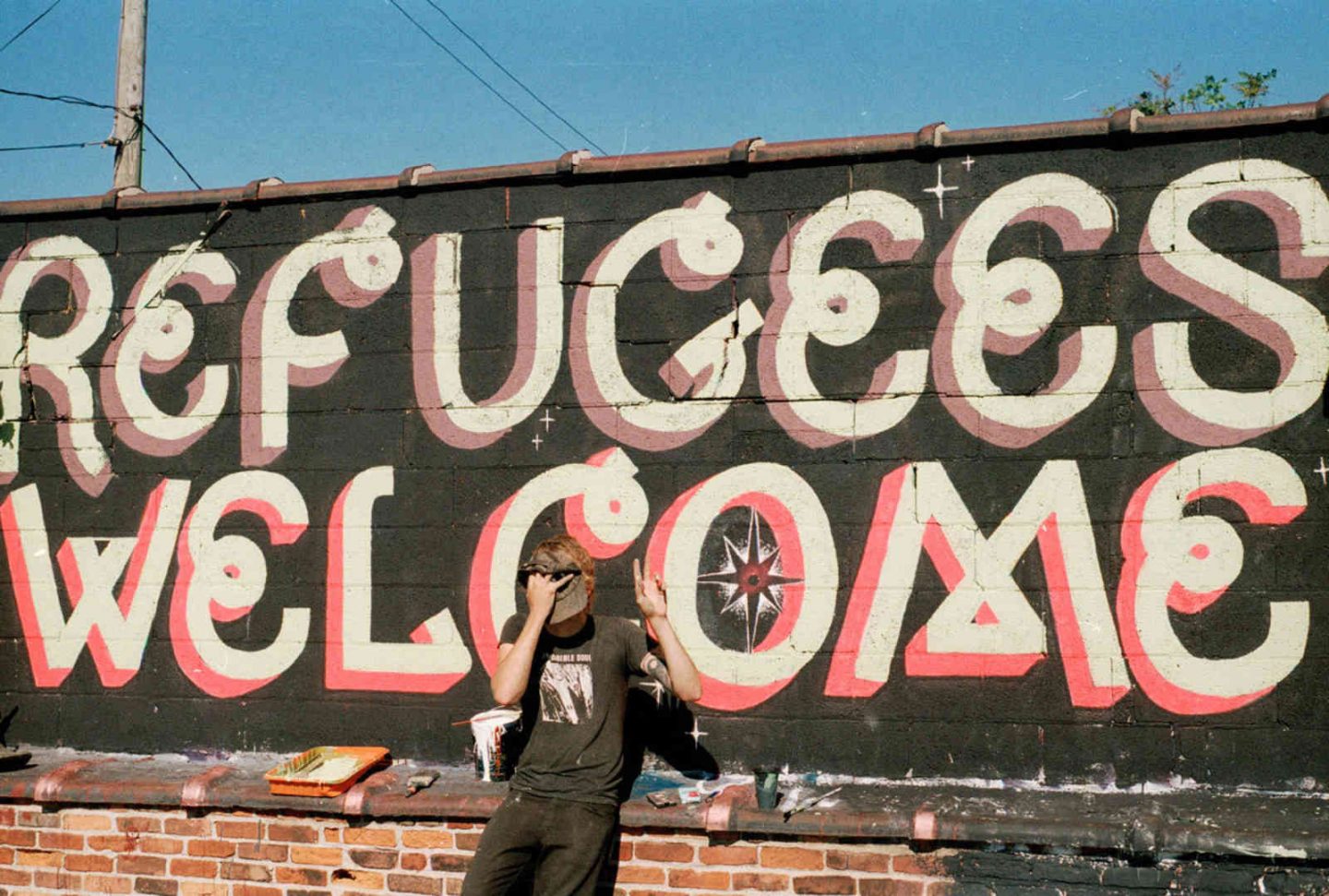 The itinerant life is coveted by many but it isn’t for everyone. The main obstacle is the insecurity of hopping from place to place without a home to return to every night; it’s there but not always within arm’s reach. But for Pat Perry, that has been a source of inspiration, even if that means being held at gunpoint and getting arrested.

Who in the world is Pat Perry?

Pat Perry was born in Michigan but now lives in Detroit, working itinerantly according to his website. He has worked with the likes of the BBC, Twitter, and Atlantic Records and could have worked for even bigger brands but turned them down telling Communication Arts, “I only want to make work that reflects what I care about.” He expanded, discussing the time he rejected a $40,000 offer to work with Taco Bell:

“I would never judge anyone harshly for taking work like this, and even for me, it was a hard situation I mulled over because I could have used the money, but I just don’t want to be remembered for that. Maybe it would have been a flash in the pan, but maybe I would have become the Taco Bell guy.”

Some of his influences include Max Horkheimer and Friedrich Nietzsche, and philosophy has a significant influence on Perry’s work, particular in his processes:

“Sometimes I just run away […] It is how I get to be alone and be a silent observer for a while.”

When Perry isn’t sketching, he paints on panels and walls. His acrylic work borders on the hyperreal, depicting the regular lives and scenery of the USA. His outdoor works have taken him to the corners of the earth, with murals in Sweden, Canada, New Zealand, and Iraq. What strikes me about his work is how considered and thoughtful it is. For an American to paint a mural in Iraq and for it to complement the surroundings so well is astonishing and refreshing.

Pat Perry’s work evokes and provokes. You feel safe in his creative world, with the soft, earthy palettes, and representations of humanity in its rawest forms. But his paintings and illustrations demand your attention as you search for unseen artefacts and subtle details. Every piece has a story to tell and you’ll want to cosy up to it to fully enjoy the experience.