I found this on an old Kottke.org article. As the title suggests, it’s a list of economic fallacies that kept cropping up between 1774 and 2004 and, unfortunately, they’re still happening today. The fallacies include:

One of the most persistent is that of the broken window—one breaks and this is celebrated as a boon to the economy: the window manufacturer gets an order; the hardware store sells a window; a carpenter is hired to install it; money circulates; jobs are created; the GDP goes up. In truth, of course, the economy is no better off at all.

True, there is a sudden burst of activity, and some persons have surely gained, but only at the expense of the proprietor whose window was broken, or his insurance company; and if the latter, the other policyholders who will pay higher premiums to pay for paid-out claims, especially if many have been broken.

Myth #2: The Beneficence of War

A second fallacy is the idea of war as an engine of prosperity. Students are taught that World War II ended the Depression; many Americans seem to believe that tax revenues spent on defense contractors (creating jobs) are no loss to the productive economy; and our political leaders continue to believe that expanded government spending is an effective way of bringing an end to a recession and reviving the economy.

The truth is that war, and the preparation for it, is economically wasteful and destructive. Apart from the spoils gained by winning (if it is won) war and defense spending squander labor, resources, and wealth, leaving the country poorer in the end than if these things had been devoted to peaceful endeavors.

Myth #1 is poignant because I remember during the Black Lives Matter protests last year, people were condemning the destruction of windows. I wonder if there’s another link with Myth #2.

Anyway, those are excerpts from the first two. Go read the rest.

Economy related: The impressive economics of Homer Simpson and Nina Banks on Sadie Tanner Mossell Alexander and her ideas on economic justice

For The Washington Post, Nina Banks (associate professor of economics at Bucknell University) paid tribute to Sadie Tanner Mossell Alexander, the first African American to gain a doctoral degree in economics. She suggested that Alexander’s ideology could be the key to solving various problems in the US, particularly for African-Americans:

As a proponent of economic justice, Alexander believed that all people had a right to jobs that paid livable wages, and she viewed this as an essential foundation for enjoying democratic rights. As such, she called on the government to provide an equitable distribution of national income and to create public works programs that addressed urgent social needs tied to poverty and deprivation.

In the 1960s, Black anger over mistreatment in urban slums, where decades of White racial hostility and public policy had confined them, and a lack of economic access erupted in a string of uprisings in cities of all shapes and sizes.

Alexander saw the moral dimension of the civil rights cause, but uniquely, she also understood the economic dynamic, thanks to her training. She knew that despite White claims to the contrary, economic uncertainty among Whites was not the cause of racial violence plaguing Black lives. Rather, it merely acted as an accelerant that intensified their scapegoating and racial animus toward Black Americans.

Yet, Alexander’s work and advice got largely ignored. 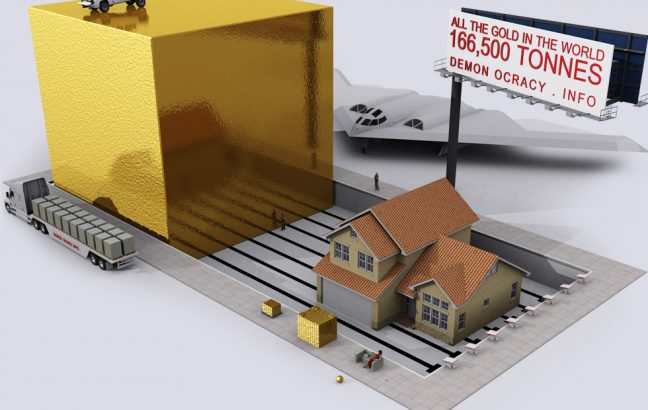 This isn’t as nice as Part 1. In fact, I never expected to make a Part 2 but I found this to be grotesquely interesting.

If all the gold ever mined was melted into a solid cube, the cube with sides of 20.5m would fit in an Olympic Swimming Pool.

The small gold sphere, in front of the cash couch, weighs 1 metric ton exactly, with a value over $50 Million dollars.

During a global pandemic and “meme stocks”, stuff like this really puts things into perspective. 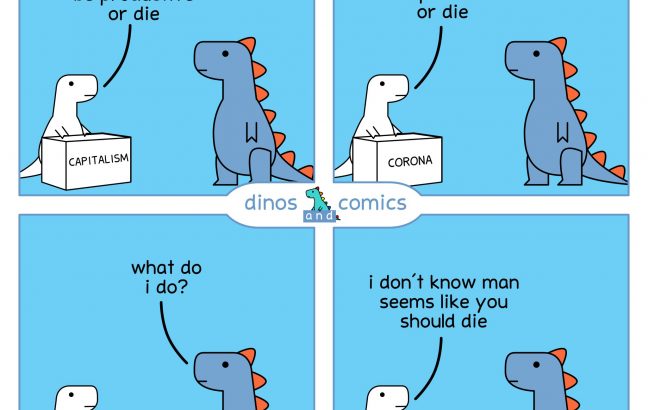 dinos and comics is “a comic about depressed dinosaurs who find hope in each other”. I follow the Twitter account and find their comics light-hearted and amusing.