I LOVED ‘Where in the World is Carmen Sandiego?‘ and I’m happy that Defunctland made an in depth video about it. The show had an a cappella vocal group, taught kids geography and problem solving, and a cool cartoon to boot. It also had interesting—and thematically relevant—ways of funding:

The show was primarily funded by the Corporation for Public Broadcasting and by the annual financial support from the viewers/stations of PBS (1991–1995). Toyota funded the show for its first three seasons with Holiday Inn co-funded for the second half of the first season and all of season two. Delta Air Lines provided funding for the show’s final two seasons (1994–95).

Helsingin Sanomat is Finland’s largest subscription newspaper, based in the nation’s capital, Helsinki. In response to the growing climate crisis, the publication created The Climate Crisis Font, a variable font with weights that change gradually but dramatically:

The font’s design is based on data from the National Snow and Ice Data Center (https://nsidc.org) and predictions provided by the IPCC (https://www.ipcc.ch/srocc/). The heaviest font weight represents the minimum extent of the Arctic sea ice in the year 1979, when satellite measuring began. The lightest weight represents IPCC’s 2050 forecast, when the Arctic sea ice minimum is expected to have shrunk to only 30 % of the 1979 extent.

An enterprising gentleman in Guatemala decided to put a fiery volcano to work for him, and bake his pizza.
It’s an idea that probably shouldn’t be copied, but it sure is adventurous, and if we’re to believe chef David Garcia, the intense heat of the (very active) Pacaya volcano lends the pizza a delicious flavor.

For more on pizzas and volcanos: La Soufrière’s eruption: before and after photos and sexy MFing pizza

Deep in the Karakum desert in Turkmenistan lies something extraordinary: a 230ft-wide hole with fire in it. Known to locals as “The Gates of Hell”, the crater (officially known as the Darvaza gas crater) was the result of a disputed accident:

[…] a Soviet drilling rig accidentally punched into a massive underground natural gas cavern, causing the ground to collapse and the entire drilling rig to fall in. Having punctured a pocket of gas, poisonous fumes began leaking at an alarming rate.

To head off a potential environmental catastrophe, the Soviets set the hole alight, figuring it would stop burning within a few weeks. Decades later, and the fiery pit is still going strong. The Soviet drilling rig is believed to still be down there somewhere, on the other side of the “Gates of Hell.”

The hole has been on fire for 40 years. For more pictures and the story of a Canadian explorer who went down, check out this Guardian article.

The Copernicus Sentinel-2 mission captured the above images of La Soufrière before and after its eruption on 9th April.

La Soufrière is an active stratovolcano on the Caribbean island of Saint Vincent in Saint Vincent and the Grenadines. A series of explosive events began in April 2021, forming a plume of volcanic ash reaching 8 km in height, and generating pyroclastic flows down the volcano’s south and southwest flanks.

According to the BBC, La Soufriere had been inactive for decades before it started erupting last week. No reported injuries but thousands have fled their homes.

Of all the many places around the world that have been abandoned by their inhabitants and left to slump into obscurity and ruin, islands seem among the most unlikely. What’s not to love about an island? Yet there are dozens of isles scattered throughout the world’s oceans that have been deserted by their residents and left all but forgotten.

Of course Disney has an entry in the list:

Disney’s abandoned animal island was almost the coolest attraction ever. Disney opened it as a lush zoological park as the island was home to a number of exotic animals. When the attraction was closed in 1999, the remaining animals were moved to Disney World’s new Animal Kingdom resort, yet the island was simply left to nature, its buildings deteriorating.

Today, the island remains abandoned and off-limits. However some brave urban explorers have managed to infiltrate the island take pictures of what remains. Disney has threatened to ban these adventurers from all Disney properties just for setting foot on Discovery Island, making the whole kingdom seem a little less than magic. 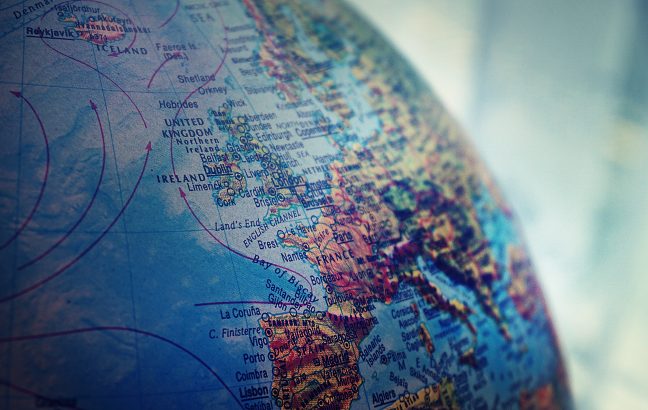 I could only manage 121 as my mind went blank for a lot of them. I got all but 20 African countries which could have been better but could have been a lot worse. I struggled with Central America/the Caribbean.

It’s strange because you’ll have heard of most of the countries in the list but when you’re asked to recall them all, it’s impossible.

Related: Places I want to visit when it’s safe to do so and, if I do, I might want to read Tom Comitta’s airport novella at the airport.