The titan arum (Amorphophallus titanum), is a flowering plant also known as ‘the corpse flower’ due to its stench similar to a rotting corpse. Solomon Leyva owned one of these plants and decided to take it to the site of an abandoned gas station in California for others to admire. Atlas Obscura interviewed him about the idea:

What made you decide to take the flower out on the town?

What’s the point in having it? It was only going to bloom for a day—I mean, I have to share it. I don’t know what else I would have done.

There’s a really great, cute little community in the city that I live in, and I just thought everybody would enjoy seeing it. I was out from 9 a.m. to 8 p.m., and again the next day. The first day, it was really cold and [the plant] wasn’t enthusiastic about opening all the way. The second day, it had been in my greenhouse and opened more. Everybody was fascinated and happy—they’ve had their [vaccine] shots and are wanting to come out.

The cute Art Deco gas station that’s been out of commission for over 30 years across from city hall—I couldn’t think of any better place to bring it. Everywhere else has sidewalks or patio seating for restaurants. Also, I had to put in a wagon and was pulling it down the street, and I didn’t want to go across town. I couldn’t fit it in my van; it was too tall. I’m 5-foot-10, and it was a few inches shorter than me.

Nearly everyone remarked about the smell, but some didn’t find the smell until it wafted up with the breeze. Everyone took their mask off to smell it. I let kids play with it, dogs jump up on it. There’s no sense in protecting something that’s only going to live for a day. Everybody just has their memory, and that’s all you get. What better way to say goodbye to the pandemic than to watch a corpse flower bloom?

Not even the foul, deathly odour of a plant could stop people from keeping their masks on. Incredible. 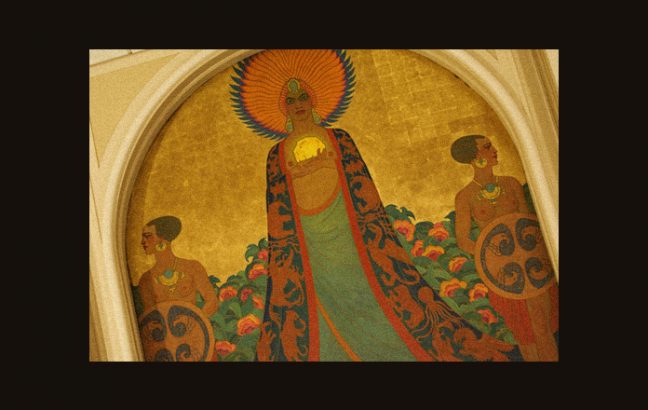 Did you know California was named after a Black warrior queen named Calafia? I didn’t!

Meanwhile, the novel of chivalry that spawned it [California’s name], Garci Rodríguez de Montalvo’s Las Sergas de Esplandían, has been all but forgotten (despite being memorably cited by Cervantes as one of the books that turned poor Don Quixote’s brains to mush). Yet its portrait of California’s queen, the dark-skinned warrior Calafia, is worth revisiting—not just for its marvelous details, but for the light it sheds on medieval European attitudes about race.

I like the part where Calafia is described as “beautiful, strong, and courageous” and portrayed in an “unfailingly positive light”.

Other entities named after Calafia include:

To all those fools who refuse to accept the existence of Black people in their fantasy universes, eat it.

See also: The origin and the meaning of the name California, Calafia: Re-appropriating the Amazon Queen and a list of Black superheroes. 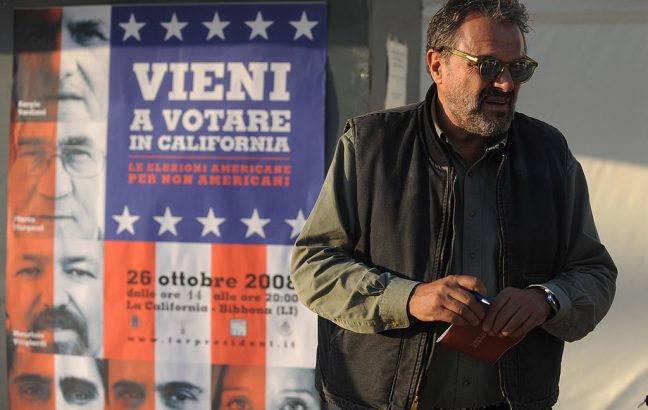 In a small Italian village called La California, people set up fake polling stations every 4 years for US elections. Atlas Obscura published an article about the settlement and its origins on Tuesday.

With a population of just over 1,000, as a settlement it dates back to the Paleolithic, and reached a peak during the Etruscan civilization in the first millennium BC. But it wasn’t until around 1860, when Tuscany joined the Kingdom of Italy—just a decade after California became America’s 31st state—that Italy’s own California was born. Eventually it would come to feel a kinship with its much larger namesake half a world away.

There’s a debate over where the name came from—the most famous related to Italian conmen promising Sicilians the joy of California, only to take them to Tuscany and keeping their money.

Lost and bamboozled, it is said, the Southern migrants named the town after their hoped-for destination. But Andrenacci has proven this story wrong, with evidence that the village called La California before that time.

Another legend involves the 1890 European tour of Buffalo Bill’s Wild West circus, and a challenge to local cowboys, called butteri. Andrenacci throws cold water on this one as well, and in his book California, Oltre il mito (California, Behind the Myth) offers another solution to the mystery: a man named Leonetto Cipriani.

Whatever the origin, the genesis of the unofficial polling stations started in 2004 and they’ve been going ever since. I wonder whether Las Californians will vote for Trump or Biden.