While I was watching Blade Runner 2049, I quickly browsed through Abduzeedo’s blog and found a piece on Apo Genc. The cinematic resemblance was striking.

Apo Genç was born in Turkey and became a professional videographer back in 2013. The above shots were taken last November in Hamburg as part of a series called Hamburg Noir. 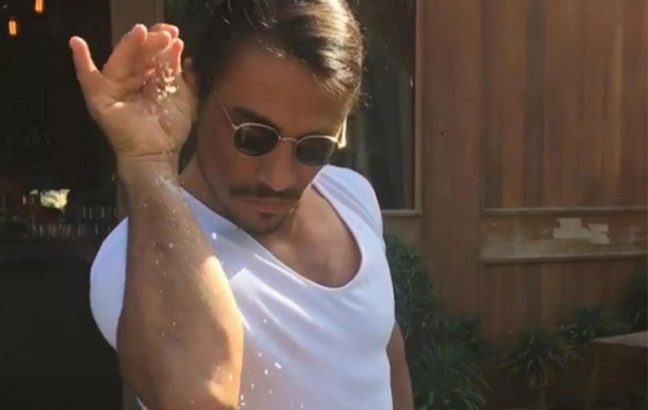 I always thought Salt Bae was an overrated gimmick thing but I’ve watched this compilation and I’m more of a fan and incredibly hungry.

Salt Bae, real name Nusret Gökçe, is a Turkish butcher, chef, and owner of Nusr-Et, a chain of steak houses. In 2017, his famous Ottoman Steak video went viral and he became known as Salt Bae, due to the way he sprinkled salt on his meat.

His unorthodox style of cutting and cooking meat is almost mesmerising, if not poor kitchen etiquette. But it’s all for the ‘Gram and he’s served for the likes of David Beckham, Karim Benzema, and even posed with Fidel Castro before he died.

But amongst the salt sprinkling and weird meat slicing, are his steak houses any good? No said critics of his New York branch describing it as “overpriced”, “Public Rip-off No. 1”, “mundane” and the hamburgers “overcooked”. But rich people aren’t known for good taste and, given Salt Bae’s penchant for entertainment, that’s probably why they frequent his establishments.

Backhanded compliments aside, stream the video below, and if you get wasted at Nusr-Et, make some İşkembe Çorbası, an authentic Turkish hangover cure.