This is now the third time I’ve covered Zito Madu on one of my blogs (see his features on Playrface and Sampleface). Here, he discussed his year of learning French in 2020:

Marseille is a beautiful city, as most cities by the sea and with ancient architecture, large churches and cathedrals tend to be (not to mention Le Corbusier’s city within the city). It seems like a place built for pictures, and it’s no surprise that there is an infinite number of pictures of it online from the prescribed tourist vantage points. Being in the city, though, I still felt the urge to document what I saw and add to that ever-growing collection of images depicting the city from an outsider’s perspective. I walked from Saint Charles station to Old Port, across Le Panier, through Cite Radieuse, to the Velodrome stadium, and then to the Notre-Dame de la Garde, taking all the necessary photos along the way.

The city is also known for its crime—people who heard I was going there offered advice not just on where to visit, but where to avoid. I walked around for days and looked at all those spectacles and spots engineered for a tourist to be amazed at, but I also went to those places that I was told not to go. It wasn’t so much an act of rebellion or thrill-seeking—Marseille is a city of immigrants, proudly so, and I figured that the people in those shunned places were probably people like me, only separated by luck and the cruelty of Western borders. It felt incorrect to think of a city as beautiful without seeing the people who make it possible, those who are often hidden away from the bubble of tourism.

I was right. Walking through those narrow streets in my black tracksuit, I fit the image of many of the people there. The problem was that I couldn’t speak to anyone. So I declared that I would learn French, because I wanted to live there, and I wanted to be with those people, to talk to, learn from, help, and suffer with them.

A few weeks ago, I posted about the romance of language learning and while there is a connection of love between the two, this is less an affair and more a deeper humanitarian love. Although the learning journey didn’t turn out how he wanted, that aim and passion for Marseille still remain and I wish him good luck in the future.

Christine Fernando spoke to a group of zine-makers of colour for USA Today.

Zines have long been a way for marginalized communities to share stories, spread information, build community and organize movements, several archivists and zine-makers said. Often, they offer historical records of communities that have been ignored in other publications. But many zine-makers (“zinesters”) of color say their communities have only recently received credit and gained visibility for their contributions.

One of the interviewed zinesters described her feelings of isolation at zine events:

Marya Errin Jones said she’s often one of the only Black women at some zine festivals and events. White people often skip her table because “they assume my zines are only for Black and brown people or are about a topic they weren’t interested in or don’t want to talk about,” she said.

She added: “It’s always isolating. Sometimes you wonder, ‘What am I doing here?’”

The last time I went to Nottingham Contemporary, I spent a lot of time in their zine section, reading through the various DIY magazines and diaries that people left behind. They were unique and uncensored views into their lives and the groups they were part of. I loved them (I even emailed someone to compliment their work and took photos to read later.) It’s imperative that zinesters of colour get the love, space, and recognition they deserve and don’t get pushed out by the sanitised homogeny of the mainstream.

Archiving is so important in an information era that favours the new and quickly discards the old when it’s deemed surplus to requirements (read: it’s not making profit). This is especially true for Black cultures and Black Archives works to change that.

[…] Through an evolving visual exploration, Black Archives provides a dynamic accessibility to a Black past, present, and future.

Going beyond the norm, its lens examines the nuance of Black life: alive and ever-vibrant to both the everyday and iconic — providing insight and inspiration to those seeking to understand the legacies that preceded their own.

Octavia Butler was a visionary science fiction writer who predicted the rise of an American politician who would rise to power with the slogan “Make America Great Again” in her 1998 novel Parable of the Talents. She would have turned 73 today, June 22, had she not died suddenly in 2006 of a stroke. But the Nebula and Hugo Award-winning author who explored themes of gender fluidity, climate change, authoritarianism, and the rise of Big Pharma is perhaps more widely read now than ever, and that phenomenon is destined to grow with the publication Star Child: A Biographical Constellation of Octavia Estelle Butler by Ibi Zoboi, due out in January of 2022.

Novelist Zakiya Dalila Harris spoke to Orange County Register about her new book ‘The Other Black Girl‘, racial diversity within fiction, and influences on her work such as James Baldwin and Jordan Peele:

Code-switching maybe matters less now than it would have two years ago because of George Floyd. On positive days, I think these conversations are allowing Black people to speak up more. On negative days, I think that’s only because it’s in vogue for now and you can only speak up so much.

We know why diversity is important in a lot of ways, but I wanted my book to look at how it influences each person on an individual level.

Q. Were you worried about pulling the rug out from under readers or was that the goal?

It’s my first book, so I’m not saying it’s perfect. But I love twist endings and “The Twilight Zone,” and “Get Out” was definitely an inspiration. I definitely knew where it was going when I started writing. I love the end of “Night of the Living Dead,” which is so realistic about Black experience. It’s still America, so stuff is going to happen to you if you’re Black.

People asked, “Are you sure about this ending?” Yeah, I think it’s pretty necessary. Any other ending wouldn’t be as impactful. I really want people to talk about what happens to Nella and what could her [White] co-workers have done if they’d really been listening.

When I was a kid, I used to love the Goosebumps series, and they had a choose your own adventure and I loved that there were multiple possible endings; I left some things open with this book so readers can think about it. I didn’t want to tie the ending in a neat bow.

Tina Charisma compiled a list of 5 brilliant Black authors you need to know about but might not for Harper’s Bazaar.

The contributions of Black authors cannot be underestimated, from their creation of spaces, to their critical take on socio-political issues, culture and science. Black writers have helped carve out trails of the Black experience historically, while also changing mindsets and perceptions.

Naturally, the list didn’t feature the usual suspects—James Baldwin, Toni Morrison, Maya Angelou—but there was one name I recognised: Octavia Butler. She was best known for her work in science fiction, putting Black characters and the forefront of a genre known for its racism towards humans of colour and aliens (acting as avatars for people of colour).

Here are 5 links* for some the books referenced in the list:

* – These are Bookshop affiliate links where a small portion (10%) of the sale goes to me and the rest go to independent bookstores. 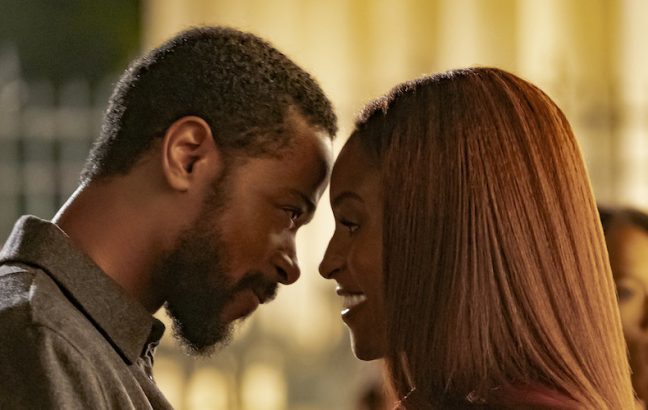 My Dad has always been full of wisdom. He once described love to me as a pure and positive force that could not take any other form but itself. He said that actions that were jealous, angry, or otherwise ego-driven weren’t in the name of love. And that stuck with me ever since.

I look back at how I’ve received love and a lot of them were in forms my father decried as false. I’ve tried my best to love as purely and openly as possible. It has backfired a lot but I don’t regret what I did or how.

And that got me thinking about how love has been discussed by some of the great Black scholars and thinkers of our times and in this article, I’d like to share some with you.

“Love is divine only, and difficult always.”

“Love is space. It is developing our own capacity for spaciousness within ourselves to allow others to be as they are. That is love. And that doesn’t mean that we don’t have hopes or wishes that things are changed or shifted, but that to come from a place of love is to be in acceptance of what is, even in the face of moving it towards something that is more whole, more just, more spacious for all of us.”

“Love makes your soul crawl out from its hiding place.”

“Love recognizes no barriers. It jumps hurdles, leaps fences, penetrates walls to arrive at its destination full of hope.” 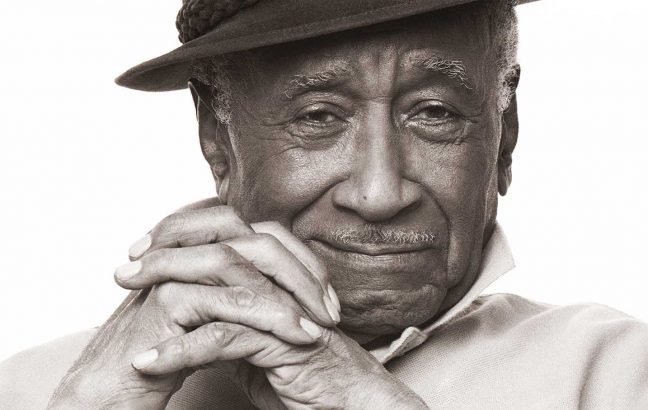 Tim Keane wrote an essay on jazz writer Albert Murray for Hyperallergic. He touched on Murray’s life and his work examining modernist art and jazz:

In Murray’s view, jazz converts psychological pain and its vernacular offshoots into ritualized, polytonal, integrated music and dance. Jazz adapts and expands the written scores that the musician follows and ultimately surpasses; its best improvisers are extemporizing formalists learning from and competing with the innovations of peers, collaborators, and forerunners. Its refinements universalize the particular, dissolving personal history and psychosocial baggage, and call participants into the mythic dimension — an aesthetic realm that involves getting on the dusty dance floor.

There was also a brief critique of Murray’s 1970 essay collection, The Omni-Americans:

The book dismantles American Black separatism as a regressive, escapist fantasy that cedes the premise of white supremacy — the Balkanization of the country by race — to the nation’s bigots. Though he necessarily deploys them to make his points, misleading or reductive labels infuriate Murray, who believes that being American involves being neither wholly Black nor wholly white, while insisting that Blackness be defined as a characteristic as primarily American as whiteness has been since the country’s founding.

Fifty years on, such liberal hypocrisy is endemic to hyper-gentrified gluten-free neighborhoods, where Black Lives Matter posters hang in the windows of pricey condos, boutiques, and galleries — stretches of real estate that once housed working-class Black families and businesses.

Grab a copy of The Omni-Americans on Amazon and read Tablet Magazine’s review of the book on its 50th anniversary.