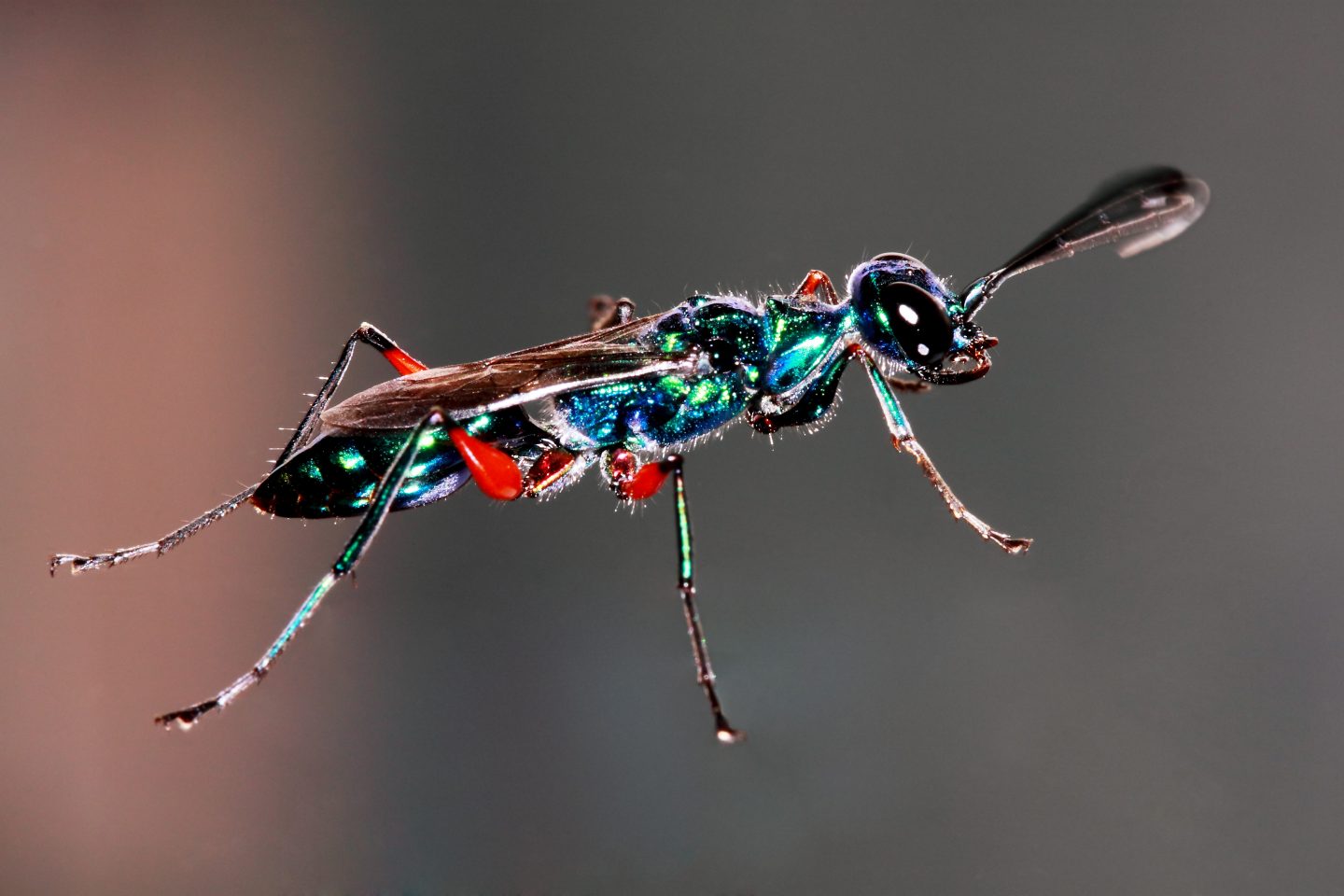 (Content warning: this article contains bugs and nasty stuff they do)

Yesterday, I wrote about the concept of parasitic architecture and questioned how parasitic it was. After all, it didn’t really “feed” off its host as such; it was more of an extension and had benefits for people needing places to live. And then I found out about a true parasite and just how wild they can be.

I’m not super squeamish but even that turned my stomach. The mating process is efficient too. Time is of the essence as adults only live for a few months and, in line with that, mating only takes a minute (Missy Elliott probably wouldn’t be a fan). One session is all it takes for a female wasp to successfully parasitize several dozen roaches.

One of the most unique ways it uses its venom isn’t to immobilise and then eat but to alter the host’s ability to escape and nothing else. It can still technically fly and flip over. If only the roach could just believe in itself!

Emerald cockroach wasps live in tropical regions, mostly Africa, South Asia, Southeast Asia, and the Pacific islands. Some are found in São Paulo and Rio de Janeiro as well. They were introduced to Hawaii in 1941 as a form of pest control but that didn’t work out. I guess Edgar the Bug would have been grateful for that too.