Back story – while listening to Gabriel Garzón-Montano’s Bombo Fabrika yesterday and one of the lines reminded me of something:

Oh my God, prophecy upon the bones

It was the “oh my god” part. But I couldn’t remember exactly what it reminded me of. The problem was the last time I heard it, I knew what it was. All I could muster from the depths of my memory was that it came from a song and it was something funny. Then it hit me 5 minutes ago:

So I Googled that line and… I found it—Troy McClure’s rendition of Monkey Out of Me from his role in Stop the Planet of the Apes, I Want to Get Off! in S07E19 of The Simpsons. This won’t mean anything to anyone else but I wanted to put it on the site for posterity and in case I forgot again.

Acclaimed composer Danny Elfman was a guest on the Premier Guitar podcast where he opened up about the Batman (1989) score and his displeasure at how it turned out.

“I was terribly unhappy with the dub in Batman,” Elfman said. “They did it in the old-school way where you do the score and turn it into the ‘professionals’ who turn the nobs and dub it in. And dubbing had gotten really wonky in those years. We recorded [multi-channel recording on] three channels — right, center, left, — and basically, they took the center channel out of the music completely.”

Nothing worse than people fiddling with your work when you had it just so. Now I’d love to hear Elfman’s original.

In the meantime, check out this suite of the Batman soundtrack, conducted by Shirley Walker and performed by the Sinfonia Of London. 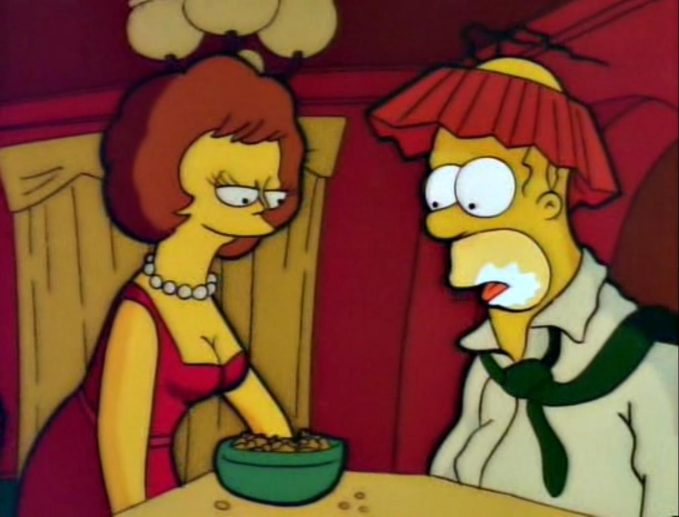 I don’t know who created this but it’s the perfect marriage (lol) of good music (pun intended) and classic Simpsons quotes. The title comes from S2 episode War of the Simpsons where Homer gets very drunk and asks Maud to get him some peanuts from the bottom of the dish so he can see her cleavage. Of course, Marge was watching in shock and disgust and they had to work on their marriage at a retreat. How their marriage is still together I don’t know.

And if you didn’t already know, the backing music comes from Gorillaz’s Feel Good Inc. A true animation mashup.

Stream “The One At the Bottom” below.

Update: Sorry, they’ve taken the video down. There’s a version on Facebook though. (sorry about that too)

Wimbledon is drawing to a close, with all the remaining finals being played this weekend. To mark the end of those two weeks of tennis court action, here is a selection of tracks about tennis (in one way or another). I couldn’t believe some of the titles and artist names when I was spot-digging for songs. It just so happens I’m working on a Federer-themed album but it hasn’t left the idea stage yet.

Some of the tracks are obviously tennis-related, like Pixel Perfect’s Tennis Court and Indian Wells’s Wimbledon 1980. But some are coincidental like Jackie McLean’s Davis Cup. Wyclef Jean’s I’m Ready is the most tenuously linked song; a nod to players telling their opponents that they’re ready to receive serve.

Of course, tennis is for life not just for the Wimbledon Championships, so enjoy this playlist all year round.

Update: Thanks to His Top Ten for finding even more songs I didn’t know about.