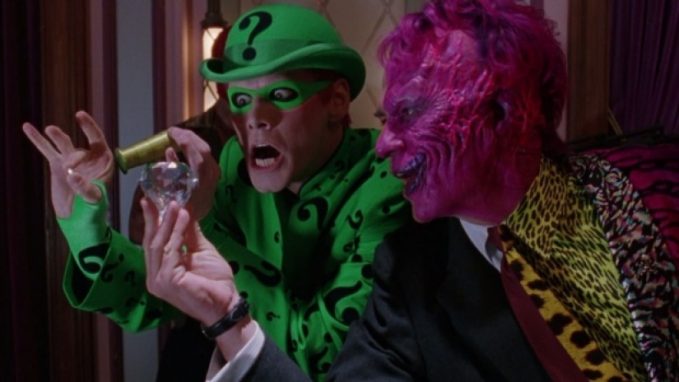 I remember going to see it at the cinema back in 1995. I even collected the sticker book that came with it. But Batman Forever has not aged well. In my twentysomething wisdom, I started spotting inaccuracies and considered writing them down… until I found someone on YouTube who’d got there first.

Jeremy Scott is a writer and entertainer from Nashville and his CinemaSins series on YouTube is hilarious. For this episode, he flicked through a host of plot holes in Batman Forever in “18 minutes or less”. There’s also a mistake from Jeremy amongst his own corrections but you’ll have to watch to find out what it was.

In defence of Batman Forever, there were some good elements. Val Kilmer was actually a decent Batman/Bruce Wayne. Not as dark and monosyllabic as the GOAT Michael Keaton in Batman and Batman Returns, but not as George Clooney-y as George Clooney in Batman and Robin. Jim Carrey as Edward Nygma/The Riddler was pretty good too. As camp as you’d expect from a Joel Schumacher movie and a stylistic nod to the 60s TV series (which I also loved as a kid).

Stream Everything Wrong With Batman Forever via the YouTube player below.