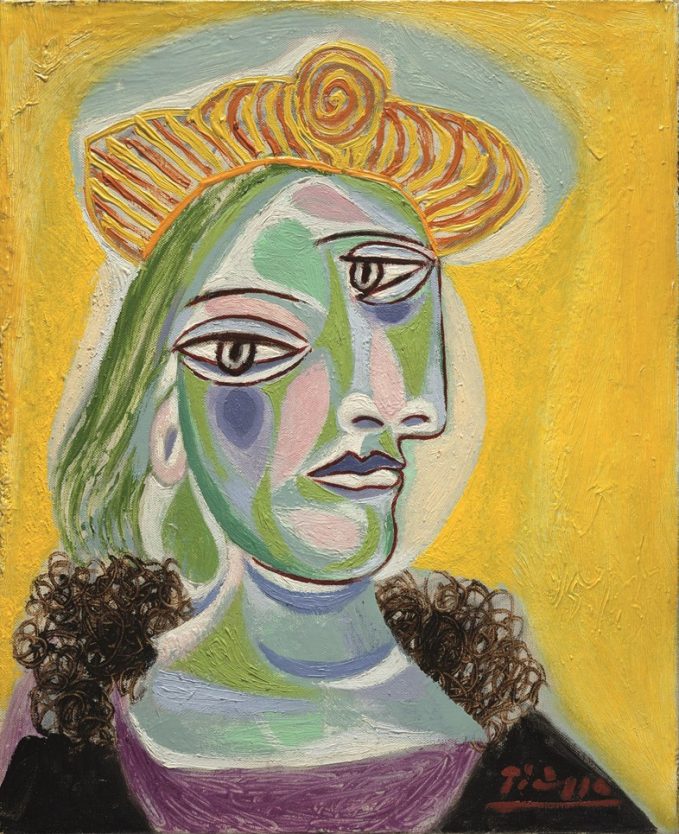 I studied graphic design at college and frequented the art department where his work was copied and analysed. My opinions of him then were neutral. But as my interest in modernism has grown, my thoughts on his work have gone in the opposite direction. His depiction of women began to irk me as I read interpretations of his pieces and similar works under the “Cubist” guise. Along with the fetishisation of the “primitive”, it felt less like art and more like exploitation.

This piece by Cody Delistraty in the Paris Review referenced Picasso’s granddaughter Marina Picasso, who wrote in her memoirs about how her family struggling under the shadow of his artistry. “He needed blood to sign each of his paintings: my father’s blood, my brother’s, my mother’s, my grandmother’s, and mine. He needed the blood of those who loved him.” Many family members and women close to him (former wives and mistresses) killed themselves after his death. His actions towards women were abhorrent.

“Women are machines for suffering […] For me there are only two kinds of women, goddesses and doormats.”

My ignorance of Picasso as a person – stemmed from my lack of interest in his art – meant his misogyny passed me by. But that’s how society works when it comes to abusive men marked as “geniuses”; disgusting acts are misattributed as momentary transgressions. Picasso physically, verbally, and emotionally abused women, cheated on his wives and had sex with a minor (whose mother accepted the affair and “welcomed her daughter’s seducer as a friend”).

Calling his work was overrated isn’t to denounce his horrific behaviour. It allows for scrutiny his art. His misogyny has directly contributed to the paintings held in the highest esteem by fans and critics. Collectors have paid hundreds of millions of dollars for depictions of violence against women. As more sexual assault allegations emerge from men in Hollywood, we start to see a deep network of misogyny and abuse from men who treat women like sub-humans. Some of these revelations were disclosed and ignored. Woody Allen is revered despite his repeated predatory. So does Roman Polanksi. Harvey Weinstein continued his career while sexually abusing women. These scumbags use the labour and spirit of women to gain power and control in a system tailor-made for them and them only. As more people bravely speak out about their abuse, it’s time we look again at these highly-regarded figures.