Two of the biggest American shows of the 90s brought together by one meme: Steamed Hams. 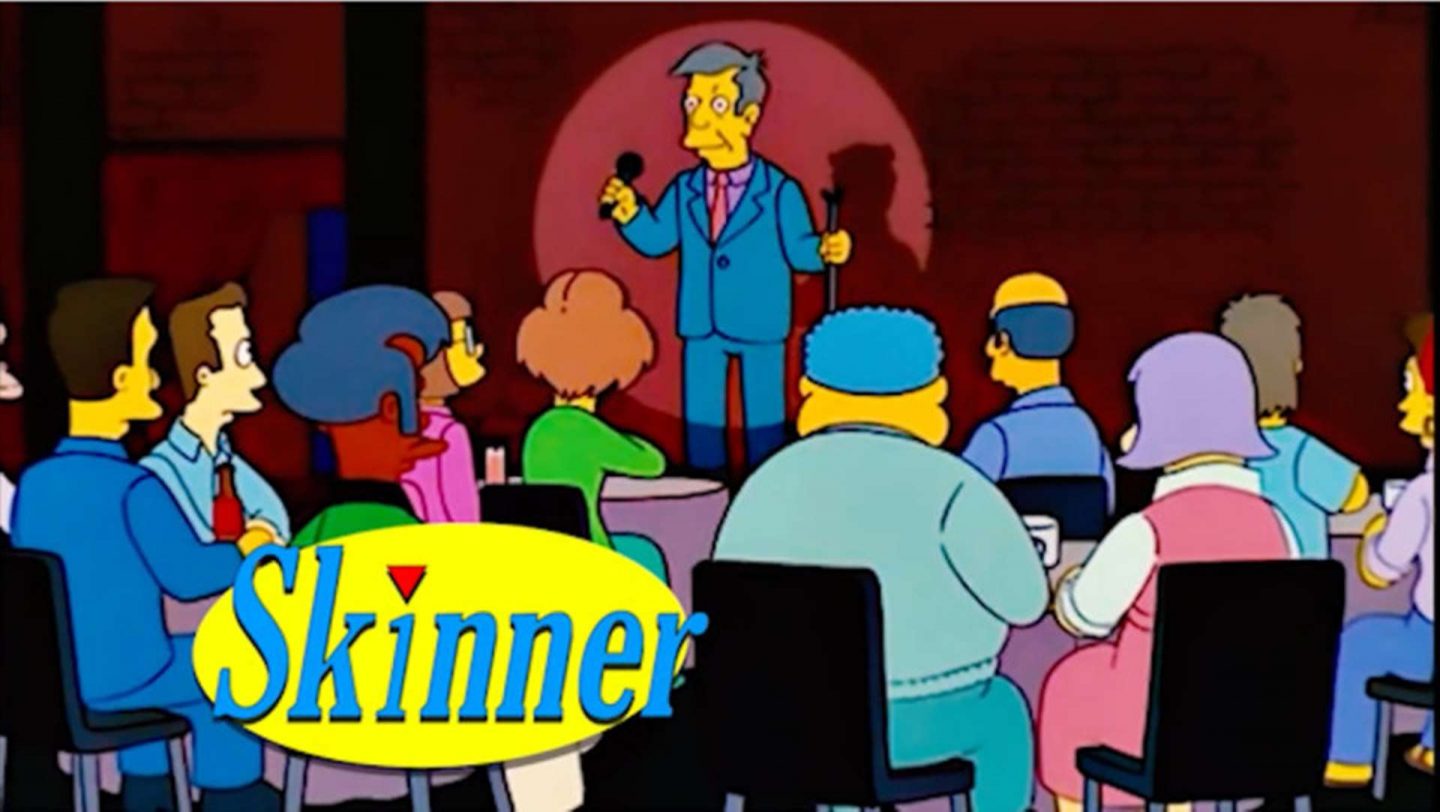 As Simpsons memes go, Steamed Hams is the most popular. It never seems to lose traction and I’ve recently discovered a host of them on YouTube. My favourite is this rendition, stylised as a Seinfeld episode complete with canned laughter. They even changed the mention of Krusty Burgers to “Skinner Burgers” for added authenticity. I want more of these episodes, to be honest.

I cannot get enough of these. Who knew something so simple could produce so many hilarious memes?