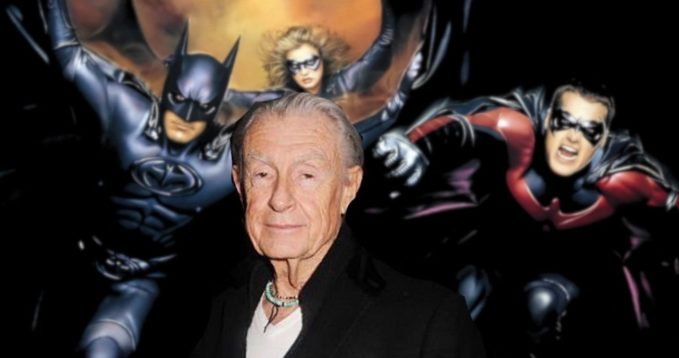 A year before Joel Schumacher passed away, Patrick Willems made a video retrospective on his movies and why we should learn to appreciate them for their attention to campness.

For 20 years, Joel Schumacher’s Batman movies have been considered cinematic travesties—”abominations” in the words of George Clooney—the movies that killed the Batman franchise. But what if I told you that they’re not actually that bad, that they’ve gotten better with time? What if I told you that it’s time to give them another shot?

I’ll admit, I enjoyed Batman Forever when I was a kid (I went to see it at the cinema and even owned the sticker book which I loved). I also loved Batman & Robin as a 7 year old. But then I grew up and found out everyone hated it and seemed to join in with it?

Patrick Willems reminded me why I enjoyed Forever and & Robin so much. They were fun, camp, and unlocked another piece of the Batman lore I adored as a child: Adam West’s Batman. I watched it religiously and Schumacher’s Batman movies were the stylistic bridge between that series and the darker version of the Caped Crusader that Tim Burton gave us with his two adaptations.

Anyway, stream the video below and make up your own mind.