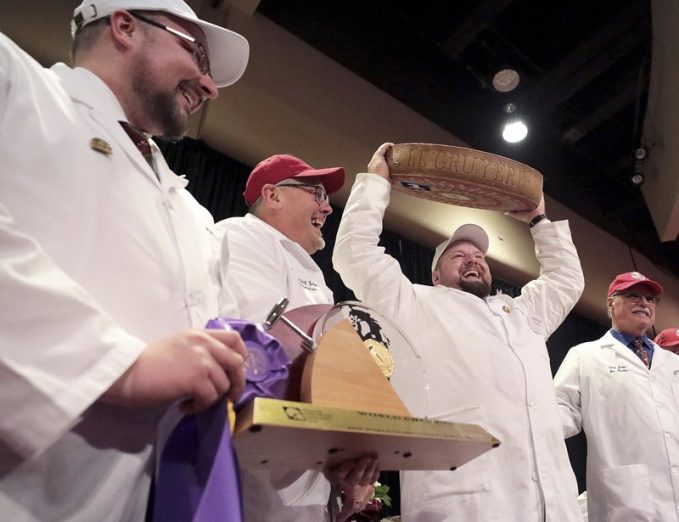 It wouldn’t have been my choice but a Swiss gruyère was named the world’s best cheese at the World Championship Cheese Contest in Wisconsin on Thursday 5th March.

The win gave Michael Spycher of Mountain Dairy Fritzenhaus in Bern, Switzerland his second victory (his first was in 2008). In fact, it was a Swiss 1-2 as a hard cheese called Gallus Grand CRU finished second.

This year’s tournament, the first since 2018, received a record 3,667 entries from 26 countries but due to international travel restrictions, 30 Japanese university representatives couldn’t attend.

Alas, there weren’t any pule or moose cheese entries in this year’s finals.

19 – The number of nations represented by each judge

132 – The types of cheese, yoghurts, and milk available to judge