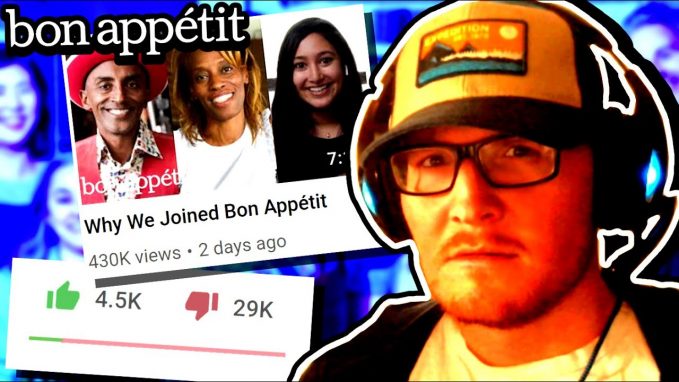 You may remember our piece on the racist unravelling of Bon Appetit. Well, Jack Saint returned with highlights of his stream dissecting the return of Bon Appetit. Tl;dr: it’s been gutted, filled with more POCs in front of the camera, they barely addressed what happened, and when they did, it was like putting on a plaster on a gangrene wound.

That said, Jack goes in depth and the rawness of it having been live worked well alongside the plastic, corporate feel of the Bon Appetit reboot which didn’t work for me at all. Chris Morocco’s segment was particularly nauseating and those meatballs aren’t meatballs as far as I’m concerned. It’s nice to see more Black and Brown chefs being able to make dishes meaningful to them and discuss the stories behind them but it feels like too little to late (and that’s at no fault to the POCs making the food).

Stream the highlights below and you’ll see what I mean.