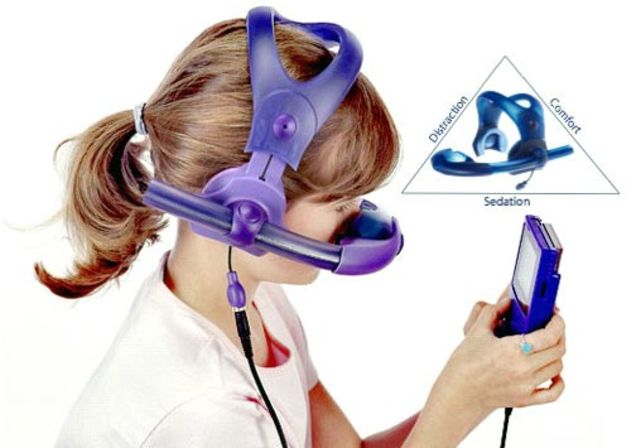 The Nintendo Gameboy celebrated its 30th birthday this year (something I wrote about for Distant Arcade). There were plenty of official Game Boy accessories made for the device, like the Gameboy Camera. But there were some oddities in its history and I’ve compiled a list of 7 you may not have heard of.

There were many fishing games released for the original Game Boy but in the real world, there was an accessory to help locate living aquatic life. The Game Boy Pocket Sonar, made by Bandai, used sonar to locate fish up to 20m underwater. It even had a fishing mini-game. Unfortunately, the add-on was only released in Japan but it does hold the accolade of being the world’s first sonar-enabled gaming accessory.

With a screen size of only 4.7cm x 4.3cm, the original Game Boy kept things small. But there was always the possibility of eye strain if, like me, you had a 6-hour gaming session without breaks (I was 9 and banned from playing it for the rest of the weekend). The Joyplus Handy Boy was an official accessory with a magnifier, added light, amplified speakers, and the facility to add a thumb joystick, with or without the speakers and magnifier. What’s more, you could fold it all away when you were done.

All work and no play made Jack a dull (and psychotic) boy but for video game distributor Fabtek, they wanted to merge the two worlds together. Enter the Workboy. The problem with the Workboy was it never actually came out. It was advertised in Nintendo Power but didn’t see the light of day. Had it graced the world with its presence, it would have featured a keyboard, a clock, day planner, currency and temperature converter, and a calendar. The price? Around $80.

This one is just plain weird. The PediSedate system was an add-on designed to calm children before potentially traumatic experiences like the dentist or a hospital operation. A dose of nitrous oxide (better known as “laughing gas” or “nitro”) was administered for this purpose. That was the aim anyway.

The clue’s in the name. It was made in China but there’s very little information on the device. It used the Game Boy as a power supply and didn’t interfere with the Game Boy itself.

In 1998, Hudson Soft released the GB KISS LINK, an infrared modem that allowed you to connect a Gameboy to a Windows PC to transfer game data. The GB KISS LINK came with two 3.5″ floppy disks: one with drivers and the other with 29 mini-games. Before emulators, this was the best way to get save states to your computer for future use.

Have you ever felt the urge to play video games while sewing on a machine? Me neither, but someone at Singer might have when they created the Singer Izek “Computerized Sewing Machine.” But you didn’t actually get to play games. Instead, you plugged your Game Boy Color into the machine and used it to pick a stitching pattern using a special cartridge. Needless to say this didn’t catch on.