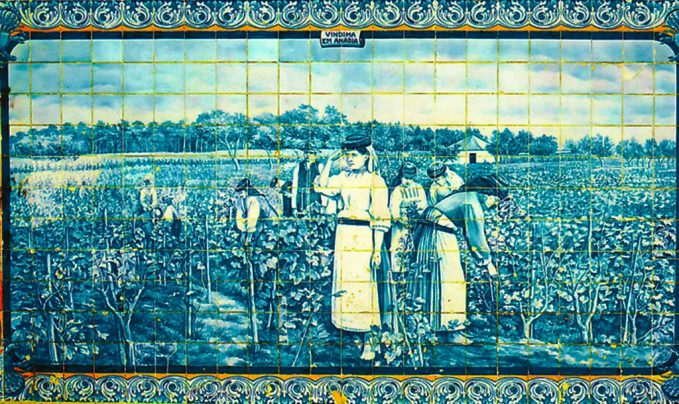 If you visit Portugal, you might notice all the blue tiles. They’re called azulejos and they’re a major part of the country’s heritage. They’re used on walls, floors, and ceilings and depict the history and culture of Portugal. But as modernisation takes place, some of that heritage is lost for a wider cosmopolitan feel. That means fewer azulejos and more trendy styles.

The local government in Porto realised this and decided to create a scheme to help local building owners and retain the nation’s cultural history. Banco de Materiais (Bank of Materials) opened in 2010 with a novel idea. It acts as a “museum” of tiles, decoratives stones, and other artefacts, and it’s also a bank – hence the name. Because building materials can cost money, the government give these tiles away for free to be used in consruction in the area. This helps keep costs down for architects and constructors and promotes Portugal at the same time.

But it’s not just a need for modernisation that has caused the azulejo decline. There was a boom in their use in the 19th century but neglect caused damage to the original tiles and thieves often stole the tiles they could find to sell to private collectors. As well as tile withdrawals, there is also an azulejo amnesty – if you find broken or fallen tiles, you can bring them into the bank.

Tourism is on the up and the restoration project is important to assist the sector. Where certain architects aim for the contemporary, the government want a more classic feel for their buildings. Azul is the colour!

How to reach the Banco de Materiais

The Banco de Materiais is in the Palace of the Viscounts of Balsemão, near the Praça Carlos Alberto. It’s open Monday to Saturday with no admission fee. You can find a map below.