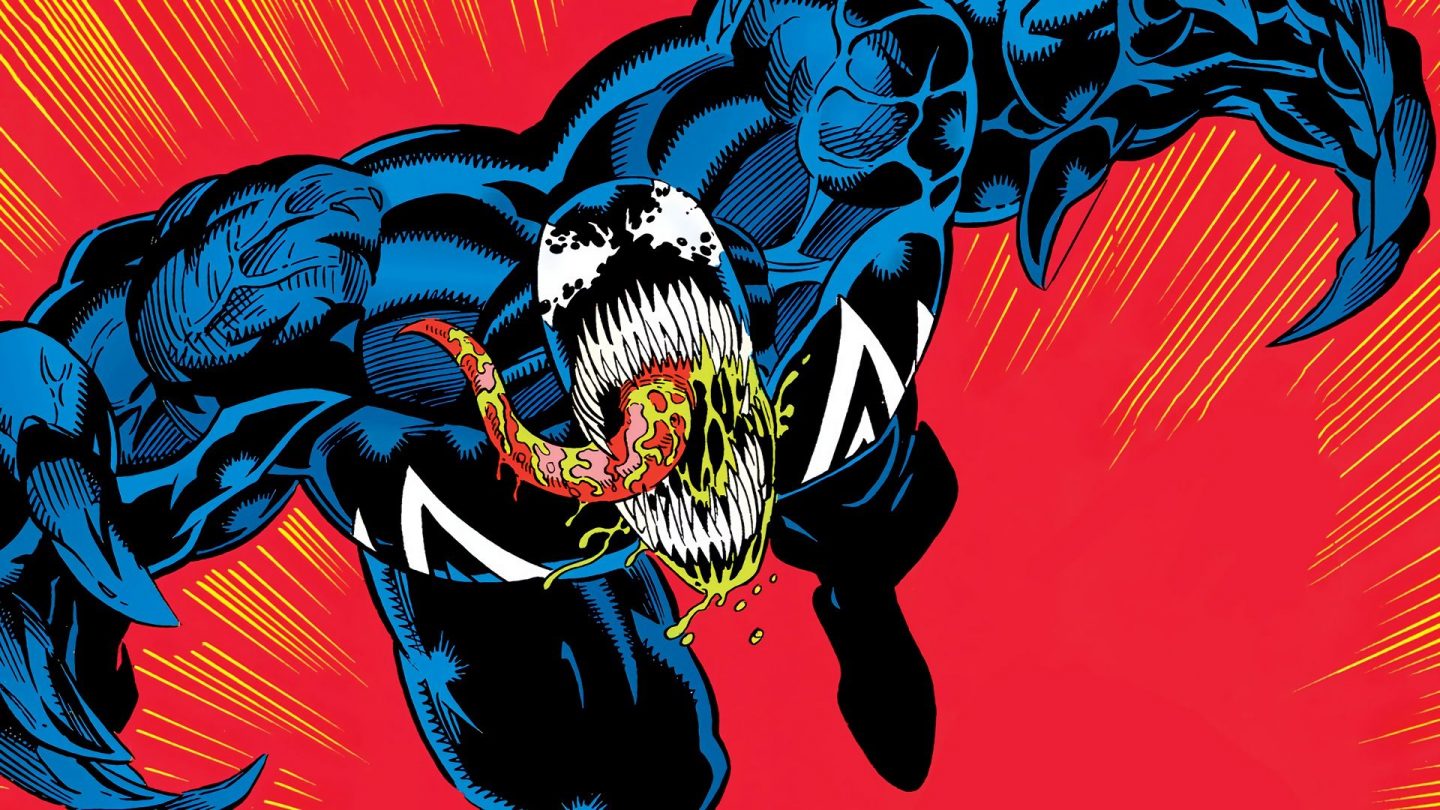 When it comes to supervillains, their evilness varies. Sometimes they come from the depths of Hell while others just want to have a laugh (like the Joker). They act as the literary opposites of their superhero counterparts in a semiotic relationship and no other villain personifies that trait than Venom, the alien inverse of Spider-Man.

Venom is a sentient alien symbiote from the Marvel Universe and came out of a request from Marvel for readers to send ideas for its comics in 1982. A man named Randy Schueller answered the call and asked if Spider-Man could have “a new black costume made of unstable molecules”. A year later, and Schueller got his wish. From there the character developed from a black Spider-Man costume to a fully-fledged villain with an appetite for destruction and human heads (more on that later).

Venom was introduced as the Symbiote in The Amazing Spider-Man #252 (May 1984) but didn’t get its first official appearance as Venom until The Amazing Spider-Man #300 (May 1988). Before then, the Symbiote was a regenerative suit for Spider-Man. It was shapeless, genderless, and took the molecular form of a viscous liquid, but could also mimic plain clothes. But it had a sinister secret: it could only survive when bonded with a host.

Peter Parker had the symbiotic costume examined by Reed Richards and the secret was revealed. Peter rejected the bonding and the Fantastic Four contained it. But of course, the Symbiote escaped and bonded to Peter again. With its weakness to sound waves, Peter used church bells to expel it from his body. Eventually, it found its most infamous host, Eddie Brock, and became the villain we know as Venom.

The best-known Venom host has had multiple storylines but the most common backstory is that Brock was a Daily Globe reporter (where Peter Parker was the photographer) and blamed Spider-Man for his career failure. He had worked on a story about Sin-Eater and believed he’d revealed his identity only to discover he was wrong.

Brock took up bodybuilding and worked for sleazy tabloids before contemplating suicide. While seeking solace in the church where Spider-Man rejected the Symbiote, it bonded with Brock after sensing his hatred for the web-slinger. He chose the name “Venom” due to the nature of his work.

Eddie Brock is one of many Venoms in the Marvel Universe. Other hosts have included:

Born in the 998th generation from a race of parasitic alien Symbiotes known as the Klyntar, the Venom Symbiote separated from its first host and was “deemed insane by its own race” after they found out it wanted to stay with its host rather than drain it of its life (heavily frowned upon in the alien Symbiote community). It was imprisoned on Battleworld to keep it from dirtying the gene pool.

Is Venom good or evil?

It’s a difficult question to answer outright as there’s a spectrum of good and evil but I can say Venom isn’t good. Venom’s existence relies on feeding off a host; it’s a monstrous leech capable of killing. But the Symbiote has shown moments where it has cared for its host. When Peter Parker rang the church bell to repel it, the Symbiote left his body and moved him to safety before finding someone else.

Venom has also shown anti-hero tendencies, predominately in film adaptations, likely in order for viewers to warm to the character. His notable roles as an anti-hero in the comics came in 1993 and 1994 when he made peace with Spider-Man who saved his ex-wife, Anne Weying, saving homeless people from the Symbiote spawns, and to help Spider-Man defeat Carnage in Separation Anxiety.

Venom as a character has plenty of tropes in the comics but its biggest pop culture boon is in Hollywood. There are also a host of Venom toy lines, from Hasbro, Disney and Funko Pop!

Let’s cut to the chase – Venom wasn’t great. It was Sony’s second stab at the character (this one played by Tom Hardy) and they blew it, even if they did finally execute that anti-hero arc. But we’re getting a sequel (delayed until 2021) and Carnage will feature, played by Woody Harrelson who is even more evil.

But Venom’s first live-action film appearance came in Spider-Man 3, played by Topher Grace. The film was widely panned and spelt the end of any further films in the series as it was later rebooted (twice).

Venom has been a character in the following video games:

What more can we expect from Venom?

From leeching alien to oddly loveable monster pet, Venom is a disparate future for Spider-Man in the movies, as long as Venom stays with Sony. But everywhere else, Venom is more than just Spidey’s adversary and there’s plenty of life left in the jet black symbiote.