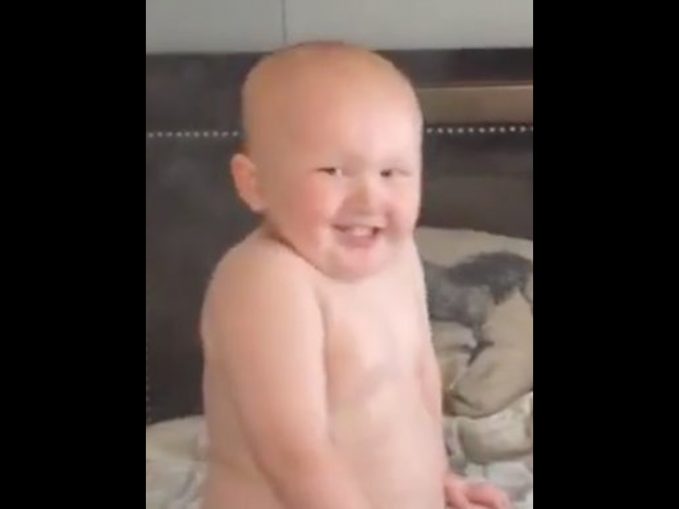 I’m still not on TikTok and still have no interest in joining. But after the awesome dancing duck TikTok, there’s a new kid on the block. Literally:

Gav isn’t actually a baby – he’s 3 apparently – but even then, he’s huge. In the above video, Gav is bouncing on his dad’s stomach like he’s a bucking bronco. And that’s baby powder by the way, although pretending it’s smoke adds to the hilarity.

Then there’s Gav doing his best World’s Strongest Baby impression or Gav taking a sugar snooze after devouring candy and eggs for Easter. But the comments make it for me. Check this Twitter thread as an example. My favourite:

You can follow @kat.027 on TikTok for more of Gav’s big buff baby escapades.