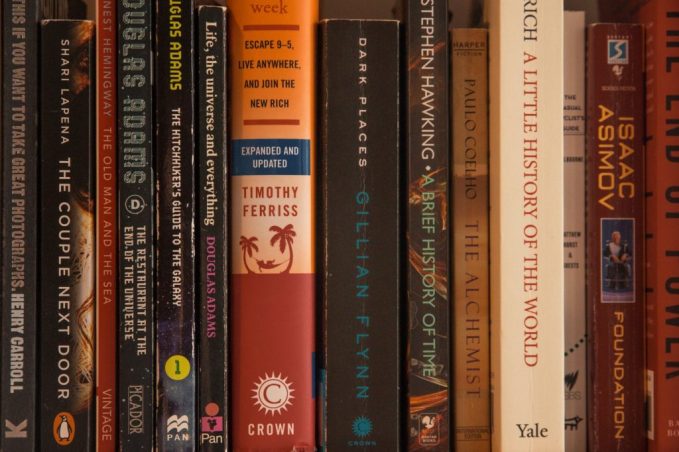 Tom Comitta’s Airport Novella was a whimsical jab at trashy airport books. But for his recent essay, I Said Mainstream Novels Aren’t Literature. Let Me Explain., Comitta took on one of the greatest film directors in history.

Martin Scorsese wrote an essay for the New York Times entitled I Said Marvel Movies Aren’t Cinema. Let Me Explain. where he reminded readers that cinema was “an art form” and superhero movies took no risk to create. The piece was polarising, to say the least.

Comitta told me after reading the Marvel essay, he noticed parallels with the fiction world and decided to copy and adapt it with all the film references replaced with literature subtext. But during the copy and paste process, Comitta spotted all the online ad text that came with it. And he left it in.

“This piece is tongue-in-cheek in some ways, but it highlights a problem that I find pervasive in the publishing world: that less-mainstream forms and voices are largely ignored in the face of a risk-averse, highly consolidated and corporatized publishing industry.”

This kind of writing resonates with me as a sample-based music producer. It also highlights the current era of cookie-cutter entertainment, full of reboots, remakes, and formulaic art. Scorsese would likely agree with that. But I wouldn’t put comic book movies in that bracket.

Superhero stories are more than fantastical tales of people in skintight costumes saving the world. They come from myths and legends. Captain America was a “consciously political creation” according to co-creator Joe Simon. Some scholars claim that the Superman story contains Judeo-Christian themes. Batman was inspired by pulp fiction and other sleuths like Dick Tracy and Zorro.

Tom Comitta’s stance, of course, lies in the world of publishing and the mainstream engorging with money and space while riskier, more obscure forms of literature get left behind.