The Hague is hosting the “world’s largest Mondrian painting” on the façade of its City Hall. 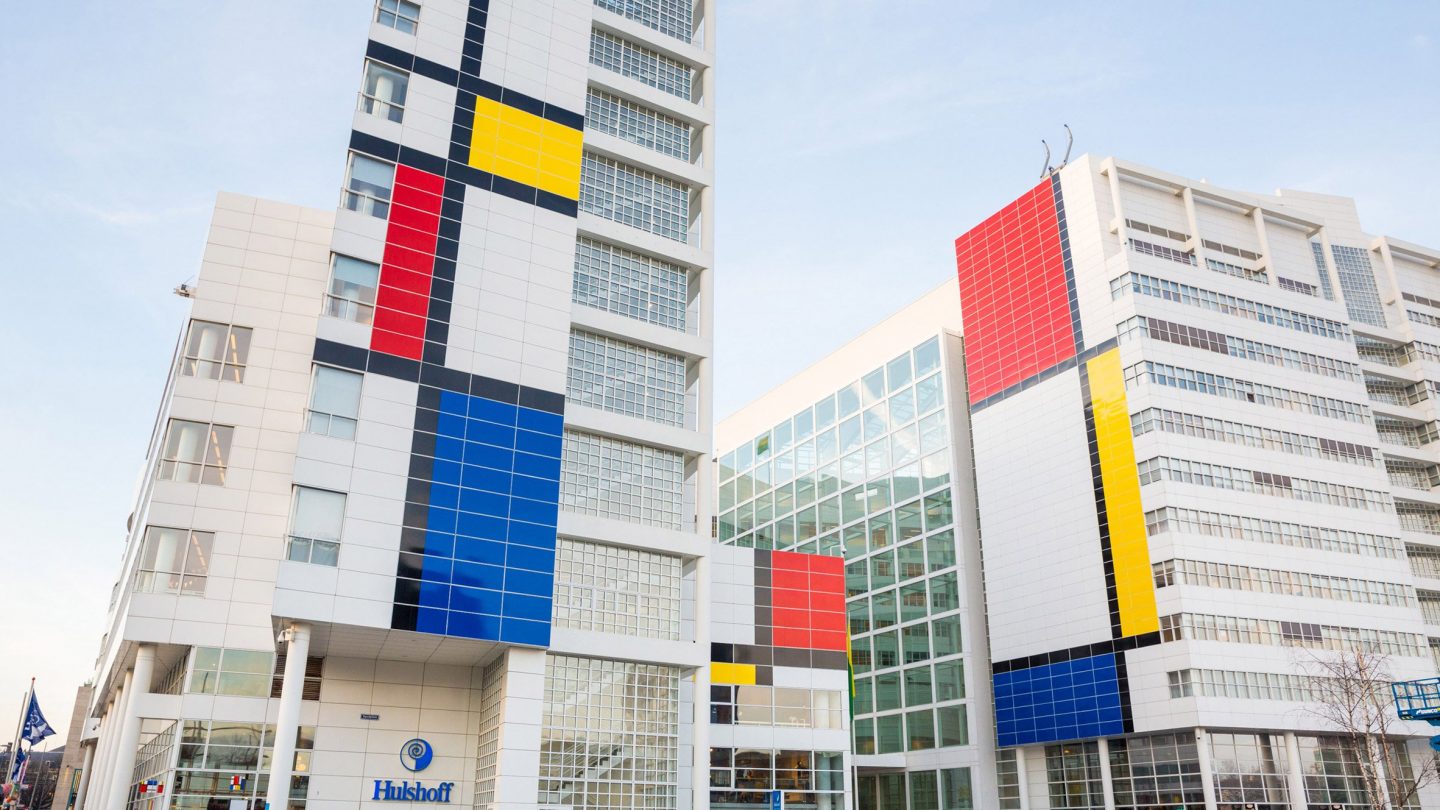 It’s in commemoration of the 100-year anniversary of the founding of De Stijl, a Dutch modernist movement. Piet Mondrian was a chief progenitor who inspired the likes of Maarten Baas, Joris Laarman and Piet Hein Eek, who are still influenced by the De Stijl today. The façade was created by Madje Vollaers and Pascal Zwart of studio VZ.

Mondrian’s style is overused both in concept and as the sole representation of modernism. I love it but in short visual bursts. Having his iconic work on such an important building looks wonderful but I can see how it would bore Dutch people after a few visits.