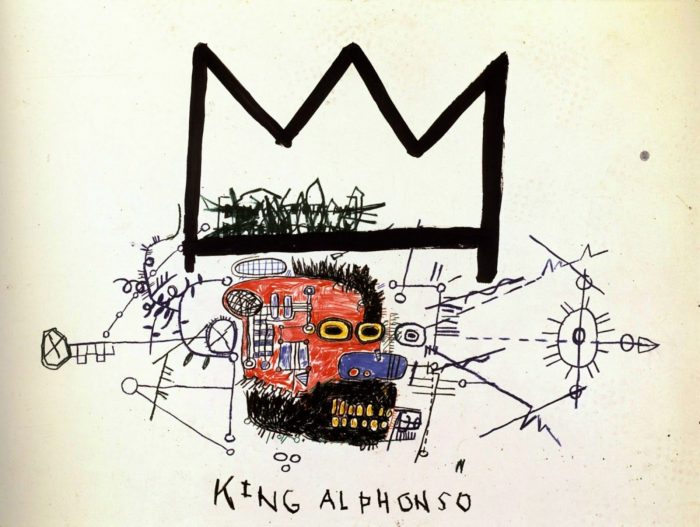 That’s the line I’m going with anyway. I won’t pretend I knew about him for years. He was a name I’d heard but not explored further than occasional utterances. Then I went to see his Boom For Real exhibition at the Barbican in London and everything changed. His bodies of work (and that pun was intentional) were the true definition of expressionism. He flew by the seat of his pants when it came to life and art, neither discipline far from each other nor mutually exclusive.

“I cross out words so you will see them more; the fact that they are obscured makes you want to read them.”

He proclaimed himself a legend and nobody can take that status away from him.