Cats videos aren’t a modern creation, like this one from the 1894 shows. 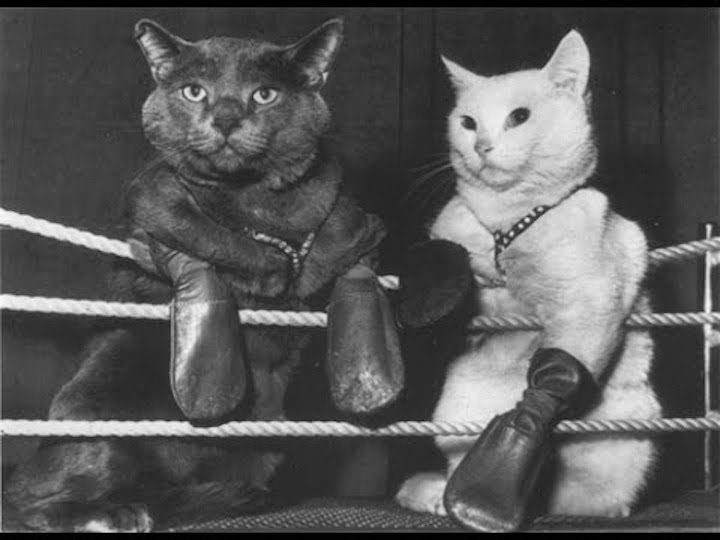 The video, filmed by none other than Thomas Edison, shows two cats “boxing.” But don’t worry, no actual punches took place, just gentle swipes in boxing gloves for about 30 seconds. Amongst his plethora of inventions, he was also a filmmaker. This cat video is probably the least strange and least harmful of his collection.

Of all the things I can imagine cats doing in a video, boxing isn’t one of them. But Thomas Edison had other ideas (even if some of them were stolen *ahem*).