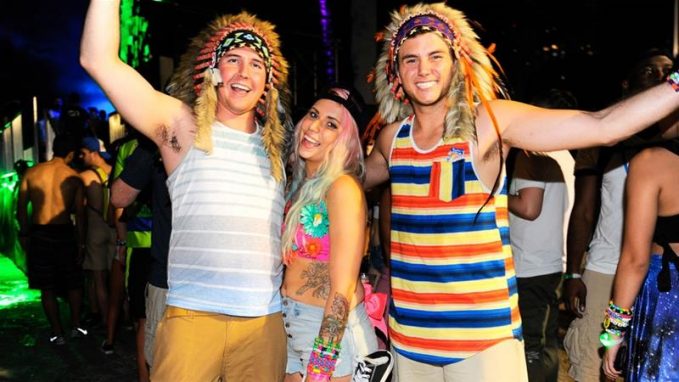 Cultural appropriation exists no matter what side you’re on. It is harmful to those marginalised and used to make profit under this guise without the slightest notion of understanding or desire to do so. That’s where the ruse fails.

Voices against cultural appropriation are being heard as lawsuits continue to go to court. From the Washington Redskins trademark dispute to Urban Outfitters’ illegal use of the Navajo tribe name, this isn’t going away and the UN appear to agree.

According to Konbini, UN delegates have gathered in Geneva to discuss the newly created committee within the World Intellectual Property Organisation (WIPO), which was established in 1967. Their aim is to challenge international law and open regulations to “include and protect property ranging from designs to language”.

This sounds reasonable in theory but the louder voices are often the richest. Once a product or aesthetic is out there, it gains traction and exists in that form regardless of the law.

Nothing will stop Coachella girls of non-Native American heritage wearing those headdresses, nor will the Tumblr posts cease to exist. That’s not to say this is all in vain but there needs to be some kind of education about what cultural appropriation as well.

It’s common to see an appropriator decry the lack of education from the affected party. Information is available on the internet and in libraries of books but they require lessons taught directly to them or they won’t bother to pay attention.

That needs to end.

Cultural appropriation doesn’t just happen – it builds internally and works its way through the design process right to the board. A lack of racial, cultural and, gender diversity also plays a part. If a room full of white men in their 50s think it’s okay, who’s to tell them it isn’t until the brand already exists?

Musicians who decide to wear geisha outfits or African garments – many with predominately white management and crews behind them and no feeling of worry that this isn’t okay. When people of the affected cultures speak out, they need to be heard and the appropriators need to stop, think, and learn.

A lack of racial, cultural and, gender diversity also plays a part. If a room full of white men in their 50s think it’s okay, who’s to tell them it isn’t until the brand already exists?

Many would claim education isn’t necessary as the racism is known but ignored. But this isn’t easy to prove conclusively, at least not in the eyes of the proposed laws. Katy Perry has made a career out of it and recently opened up to Deray, but this discussion fell short for many people of colour in the same way Trevor Noah’s cupcake pandering to Tami “with the blonde hair” Blahren on The Daily Show.

“I listened and I heard and I didn’t know,” she told Deray. “I won’t ever understand some of those things because of who I am. I will never understand, but I can educate myself, and that’s what I’m trying to do along the way.”

Miley Cyrus appeared to have passed the racist symbiote onto Katy as she reverted to the sweet innocent meadow-rolling pop singer but her non-apology left a lot to be desired. Cultural appropriation is a helluva drug.

But the lines can blur and faves become problematic. Would you bring George Michael and Michael Bolton into the same discussion? Ebony published an article on the “cultural smudging” in 2015 and it’s worth considering what appropriation actually involves. And is it just a white vs. non-white battle?

Beyoncé was accused of cultural appropriation when she did an African-themed baby shower photo shoot. She was also pulled up for her Desi-themed video for Hymn For The Weekend. Can it work between non-white races and even inter-race?

Ultimately, The UN’s proposed legal restrictions and protections are a step in the right direction. But they shouldn’t be the ultimate deterrent when those talking aren’t allowed to be heard. Once a culture of listening is promoted, maybe we can get somewhere.