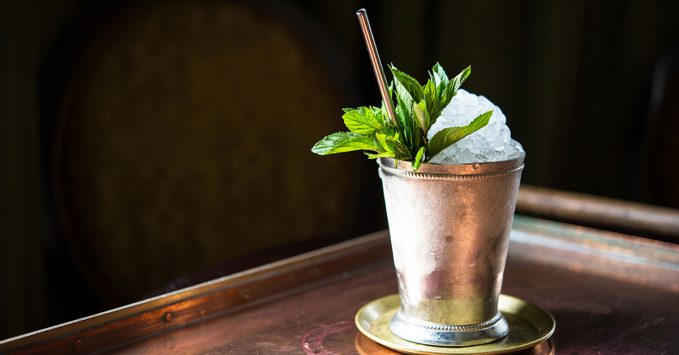 It’s been years since I went to a crowded bar and ordered a cocktail. I always admired the mixologists who could flip their cocktails shakers like magicians on stage. In fact, Blaise Penny Kirkwood—the co-founder of our sibling site, Sampleface—is a mixologist. And he’s Black, much like the bartenders who made the mint julep what it is today.

The American mint julep originated in the South the 18th century. It was initially used as a prescription drink, according to 1784’s Medical communications:

“[…] sickness at the stomach, with frequent retching, and, at times, a difficulty of swallowing. I then prescribed her an emetic, some opening powders, and a mint julep.”

But by the 19th century, mint juleps had become a bar staple thanks to pioneering Black mixologists from Virginia.

Certainly, if we move forward a couple of decades into the 19th century, we find that, in Virginia anyway, most of those who did build some kind of reputation for mixing drinks were African-American. In fact, between 1820 and the Civil War, there was a surprising number of black Virginian mixologists who made enough of a mark that we can excavate some details of their careers. Very few white Virginia bartenders could say the same thing; indeed, I can’t think of any.

Excerpt from an article by The Daily Beast

Julep Kings such as Jasper Crouch, Jim Cook, and John Dabney not only improved the style and taste of the julep but also furthered the art of mixology throughout the 19th century in spite of being enslaved people (who got to keep some of their wages). Soon, the mint julep spread across the country to New York, New Orleans, and Philadelphia.

The mint juleps that Dabney and Cook presented were visual masterpieces. One account describes a giant, multiserving silver cup topped with a one-foot-tall pyramid of ice, ice-encrusted sides and a cornucopia of fruits sticking to the ice in stunning artistic designs.

The drink also had its variants, such as the Walker’s Alpine Straw Julep, created by William Walker.

How to make a mint julep

According to the IBA (International Bartenders Association), you need the following ingredients to make a mint julep:

Crushed ice, as much as you can pack in, and sugar, mint bruised and put in with the ice, then your good whiskey, and the top surmounted by more mint, a strawberry, a cherry, a slice of pineapple, or, as John expressed it, “any other fixings you like.”

Other mint julep versions call for spirits such as vodka, rum, and gin.

Association with the Kentucky Derby

The popularity of mint juleps waned for the most part but it found a new lease of life at the Kentucky Derby, where it has been an associated drink since 1938.

According to the Kentucky Derby website in 2008, nearly 120,000 juleps were served at Churchill Downs every year. That same year, Churchill Downs created the world’s largest mint julep glass at 6 feet or 1.8 metres (not including the mint) with a capacity of 206 US gallons or 780 litres. Bottoms up!