Check out some of Kehinde Wiley’s first UK solo exhibition, “The World Stage: Jamaica” and a video explaining his inspirations. 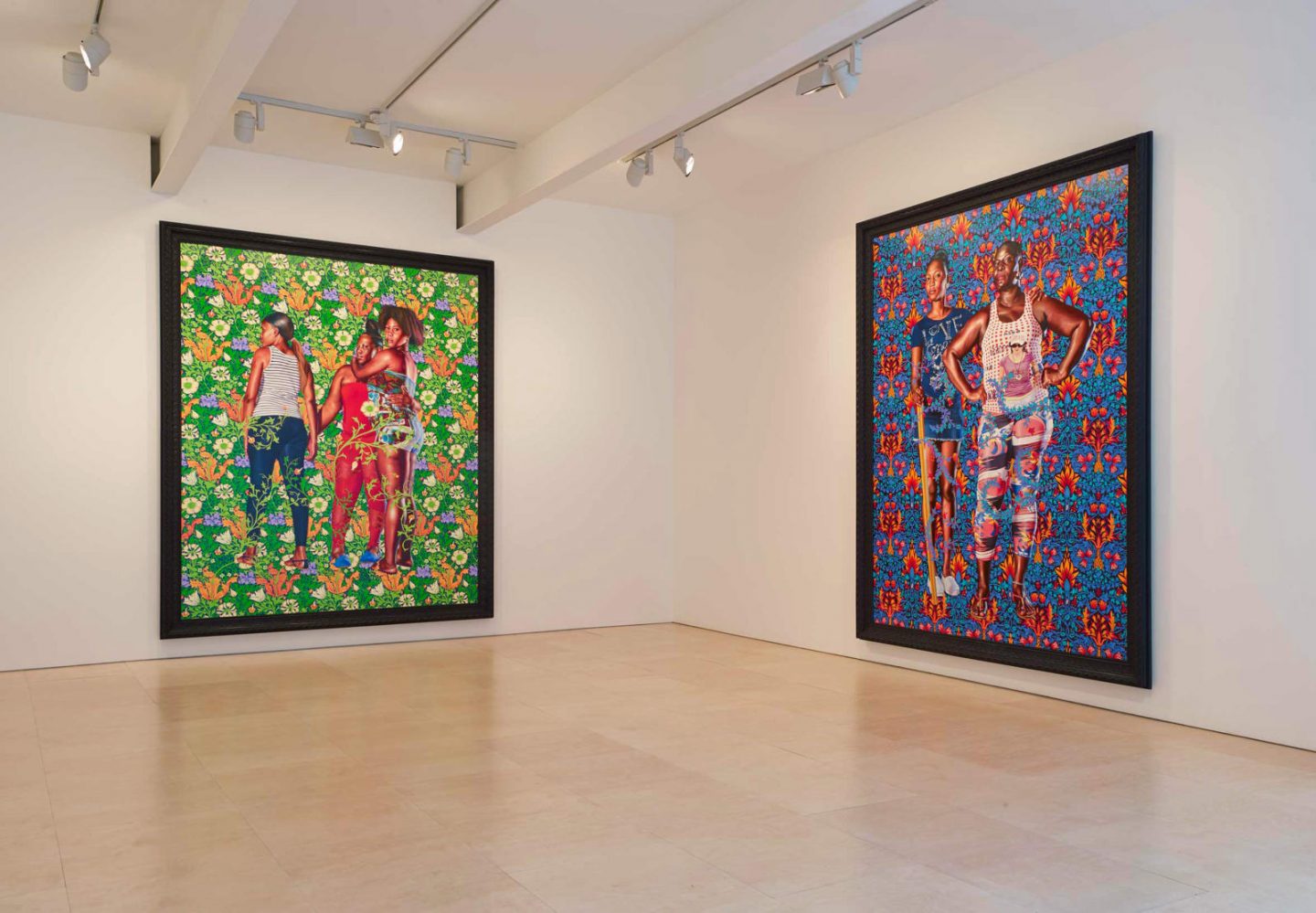 Wiley embellishes his paintings with intricate, ornate backgrounds that contradict the sombre posturing of the subjects and allude to the bold styles of urban fashion. Pieces of these symbolic patterns overlay and entwine the figure, both harmoniously fusing and creating opposition between the two contrasting elements that form the work. In previous series, this decoration has been inspired by a fusion of period styles, ranging from Islamic architecture to Dutch wax printed textile and French Rococo design. In this new body of work, lavish patterning informed by the British textile designer William Morris surrounds the figures.

via Kehinde Wiley’s press release for the exhibition

Kehinde Wiley was born in 1977 in Los Angeles to a Nigerian father and an African American mother. His mother supported his art and, after enrolling in after-school art classes, he went to art school in Saint Petersburg, Russia, at the age of 12.

After spending time with his father in Nigeria, he returned to the US and earned his BFA from the San Francisco Art Institute and his MFA from Yale University, School of Art. He has since presented 13 solo exhibitions, won countless awards, and worked with the likes of Puma and Givenchy.

In an accompanying video, Wiley discusses his initial artistic inspirations and how traveling around the world opened his outlook. For the Jamaica exhibition, he explored British art museums for inspiration and commented on portraiture in British colonial history:

“[…] in particular, I saw the works that had a direct relationship to the Caribbean. I love the history of art, I love looking at the beautiful images but I also recognise that there is something quite sinister about their past. High portrait making points back to the history of art and in that history, art has always been in a cosy relationship with the state and with the church.”

Stream the 7-minute video below. And Happy Independence Day, Jamaica!

Check out some of the exhibition below and head to the official Stephen Friedman Gallery page for the rest.