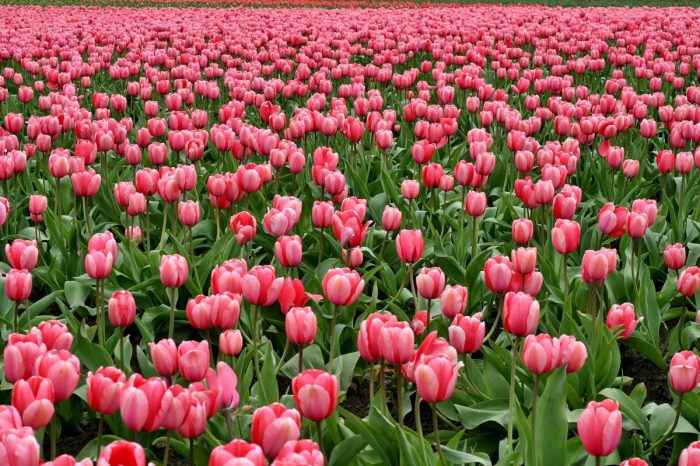 Other than windmills, clogs, canals, and Johan Cruijff, tulips are a quintessential part of Dutch culture. And thanks to the versatility of vodka, there’s a new brand made of the national flower.

The origins of tulip vodka

Most vodka is made from grain or potatoes but tulip vodka is created using the bulb. Flemish botanist Carolus Clusius grew the flowers in his university garden when it was brought over in the 16th century and a distillery bearing his name make the drink with fermented tulip bulbs.

Two types are made:

However, as only a few retailers stock the vodka in the Netherlands, prices aren’t cheap. The “Pure” blend costs €295 but the “Premium” blend is more reasonable at €48.

Did you know: The clusia plant, native to tropical America, is named after Carolus Clusius.

Alcohol for the palate and the hands

Like many distillers, the makers of Clusius Tulip Vodka are giving away free bottles of Clusius hand sanitizer with every bottle of their vodka. If you’re curious as to why, here’s the reason behind it:

To survive the crisis, Clusius Craft Distillers switched to the production of hand sanitizer alcohol. Normally the distillery makes vodka from tulip bulbs. The tulip vodka is mostly served in cocktail bars and sold at Schiphol airport. At the moment these parties have been shut down and sales numbers have fallen for Clusius. The (online) liquor stores are still open but are also facing a hard time.