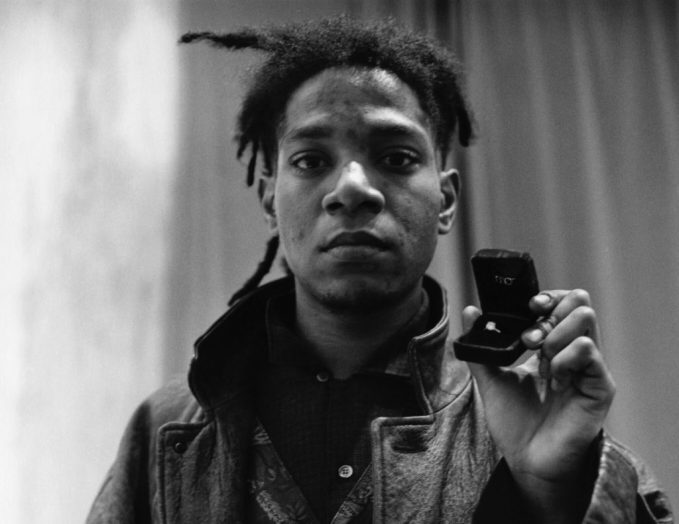 I’ve never been interviewed for media. But if I was, I’d probably be like Jean-Michel Basquiat. His curt response to the few he participated in were typical of an artist who preferred paint to parle.

But in his verbal expressions were ideals of how to be an artist and that’s what Alexxa Gotthardt gleaned in an Artsy editorial about Basquiat published earlier this month.

Basquiat’s “Flats Fix” from 1981 was the re-imagining of Autobody shops signs in Brooklyn. Of that, his father said:

“It is one of the things he remembered well and extracted multiple meanings from. He always used simple symbolism to explain complex situations.” In this case, it was the culture of his native Brooklyn and his identity as a black man within it.

So much of Basquiat’s work focussed on black identity. The way he burst onto the high brow scene literally from the streets was remarkable in its own way. Many black artists have tried to follow suit but never retained the same level of black integrity that Basquiat did, until his untimely death in 1988.

My favourite piece of advice from the editorial has to be “remix your references”. That’s my primary ethos whenever I create. When asked about a method of working, Basquiat said:

“I’m usually in front of the television. I have to have some source material around me to work off.”

He liked to immerse himself in multimedia while he created it. For others, this would have been the ultimate distraction. For Basquiat, it was essential.