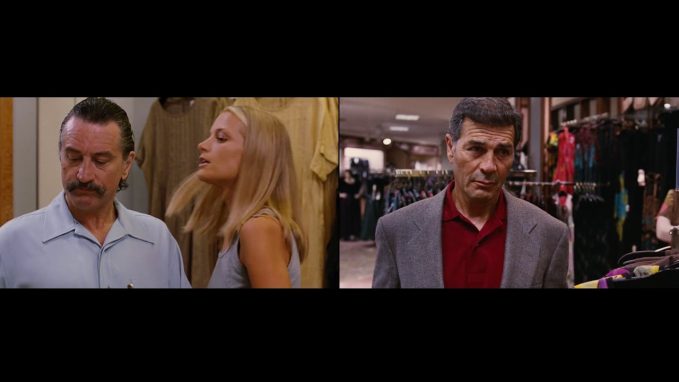 I love Jackie Brown but I kinda wish Quentin Tarantino hadn’t directed it. Not because of the quality or style but… it’s a homage to blaxploitation films made by a white man who uses his films as a way to freely use the N-word. But let me jump off that soapbox.

But thanks to YouTuber James Neumann, the non-linear becomes linear, and it doesn’t dilute the quality at all. In fact, having two scenes next to each other adds to the 60s/70s style of intensity and tension. That and I love outlines and grids in film and design.