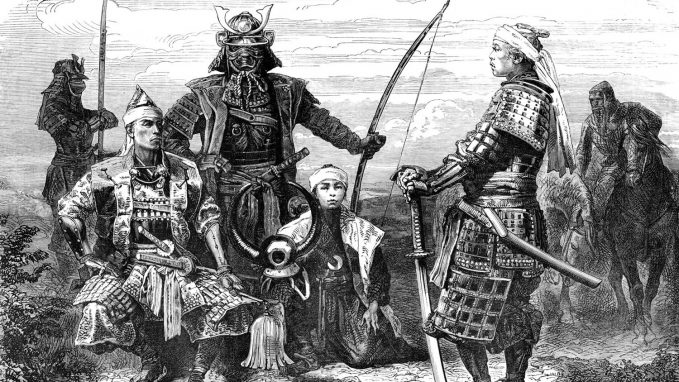 I watched The Last Samurai a few years ago and enjoyed it. While the movie was inspired by real life Westerners fighting in Asia and played up to the white saviour trope, it was enjoyable if not cliché. But this story is much more interesting.

Authors Thomas Lockley and Geoffrey Girard recently published a book entitled African Samurai: The True Story of Yasuke, a Legendary Black Warrior in Feudal Japan retelling the story of a retainer in feudal Japan who served under a warlord. The legend goes that Yasuke arrived in Japan in the late 16th century, having travelled the world after being kidnapped as a child. Being a black man in Japan caused a stir – many had never seen a man of his complexion. Being a polyglot made him even more mysterious. But his dark skin drew comparisons to Buddha. His presence was courted by Lord Nobunaga, a powerful warlord and Yasuke became one of his samurai. His ability to learn quickly helped him become a powerful figure in Japanese society.

Yasuke’s mythology has transcended centuries and Lockley and Girard’s book isn’t the first of its kind to tell his tale (there’s a book list below you can check out). In African Samurai, Lockley and Girard give an untold story of Yasuke’s life and travels, as well as a new chapter in Japan’s history. Now, yes, this is another story about people of colour written by white guys but it’s still beneficial that the story is being reviewed ecounted.

The good news is there is an upcoming anime about Yasuke and Lakeith Stanfield is set to voice the black samurai (excellent choice). It will be written by Boondocks’ co-director, LeSean Thomas and scored by Flying Lotus.

Update: Here’s are the visuals for the anime’s theme song, composed by Flying Lotus.

(Please note the following affiliate links are from Amazon)