It’s been 19 years since the release of Stan Lee’s “Just Imagine…” Batman comic, the first time the former Marvel editor-in-chief worked with DC. 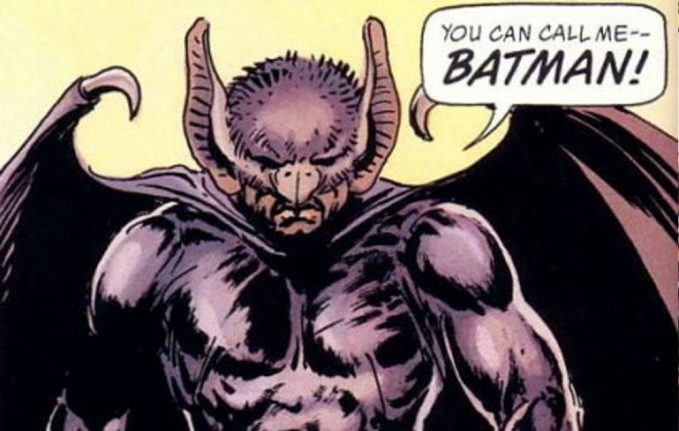 Of all the Black superheroes I asked for on Twitter, one that caught my eye was Batman. When was Batman Black? Once, 19 years ago.

Like the original Batman/Bruce Wayne, he had no superpowers, was an expert detective, skilled fighter, and super-rich. But Wayne Williams’s backstory differed from Bruce Wayne’s. Williams’ father, a cop, was killed in an ambush and he was then framed for a crime by a gang leader called “Handz”. While in prison, he made friends with a scientist called Frederick Grant and started bodybuilding. He got a full pardon after rescuing the warden during a prison riot and sought revenge on Handz who had also killed Williams’s mother while he was incarcerated.

To earn money, Williams becomes a wrestler, under the name of Batman, and became a wealthy celebrity. He found Grant and they became partners and turn to fighting crime. Batman finally found Handz and fought him which lead to Handz’s accidental death from a fall. He then vowed to protect innocent people.

However, not everyone enjoyed the story arc.

Stan’s Batman operates out in the open, and his goal is only to get payback. But the major crime is how Stan basically just repurposed old ideas into something that came off like a polished turd. It’s kinda like if you submitted old homework to fulfill (sic) a new assignment, and still only managed to get a C.

William B. West for The Nerds of Color

And this from Tim Webber of CBR.com, who ranked it #12 (last) in his ‘Just Imagine…’ Stories list:

While other Elseworlds tales have twisted and stretched the concept of Batman into fantastic new shapes, Lee delivers a perfunctory take on Batman that doesn’t feel compellingly different from anything that’s been done before. His attempts to write street-level dialogue come across as clumsy and dated, and do little to define one-note characters. Kubert’s art looks fine, but Lee’s script just feels disappointing. A lot of the hype for the “Just Imagine…” project rested on this first book, and the squandered potential here casts a shadow over the rest of the line.

If those reviews don’t deter you, you can buy the full novel on Amazon or stream the video below where someone has kindly displayed every page to read.