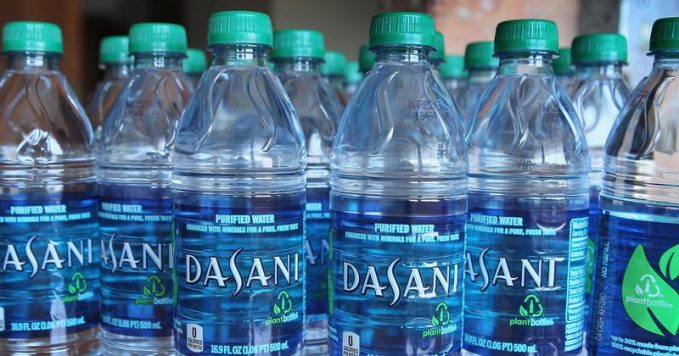 Remember Dasani? I’m talking to the UK readers because the US still stocks it and people still buy it for some reason. The ill-fated bottled water brand came and went like a flushed piece of toilet paper when it launched in the UK.

But comedian and YouTuber Stuart Ashen found a bottle that was 15 years old, unopened, and decided to have a taste with fellow YouTuber, Tom Scott. But why is this such a momentous occasion?

Whatever happened to Dasani?

The Coca-Cola water brand launched in 1999, to compete with Pepsi’s Aquafina. The first giveaway that something wasn’t right is the fact it’s filtered tap water with added sodium (using reverse osmosis). That’s not out of the ordinary or necessarily bad but… you can buy a Brita filter, turn the tap on, and get the same thing (minus the sodium).

But when Dasani was launched in the UK in 2004, it was a PR disaster. This was thanks to an unsubstantiated story that claimed the water was tap water from a suburb outside London which killed any hope of success for Dasani.

To rub sodium chloride into the wound, UK authorities also found a batch of Dasani contained levels of bromate above the legal limit for sale – bromate is a carcinogen. The FSA said there wasn’t an “immediate risk to public health” but that was enough for Coca-Cola to pack up and remove Dasani from UK shelves for good.

Dasani Water – not the choice in a disaster

With all the panic buying that’s going on, people in the US have been clambering for water. And guess which brand has been left? Dasani. I mean, why would you spend your money on it when there isn’t a pandemic?

Anyway, Tom also made a video called “Why You Can’t Buy Dasani Water in Britain” which you can stream below.