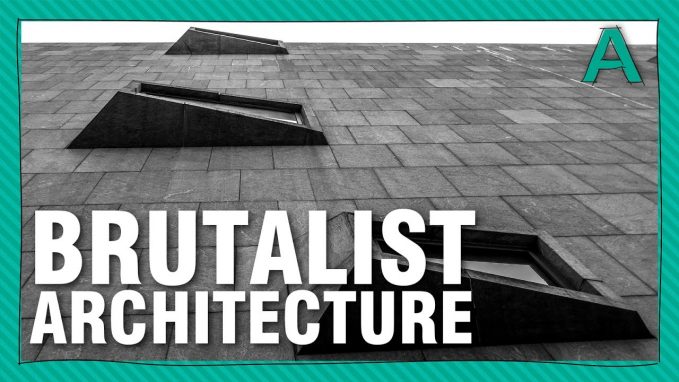 In 2017, ARTiculations made a video arguing the case for Brutalist architecture, a polarising style at the best of times.

For the most part, Brutalism was a favoured style of public or institutional buildings such as government facilities, libraries, universities, museums, and social housing. Concrete is a product that is relatively inexpensive, plentiful and accessible. The heavy and enclosed building envelope with limited glazing made it easier for climate control, thus making it economically sensible and practical for institutional use, which in turn also symbolized a degree of modesty and public accountability.

The video looks at some of the Brutalist buildings still standing around the world (governments don’t hold back when they get an opportunity to take them down) and delves into the philosophies behind Brutalism and what it represented.

Personally, I love Brutalism but it’s a problematic fave. A lot of the buildings were made poorly and cut corners for the sake of ideology rather than to make peoples’ lives better, per its intentions. If 2020 has shown us anything, it’s that intentions mean little when the impact is massive and long-standing. You could even say 2020 has been brutal itself.