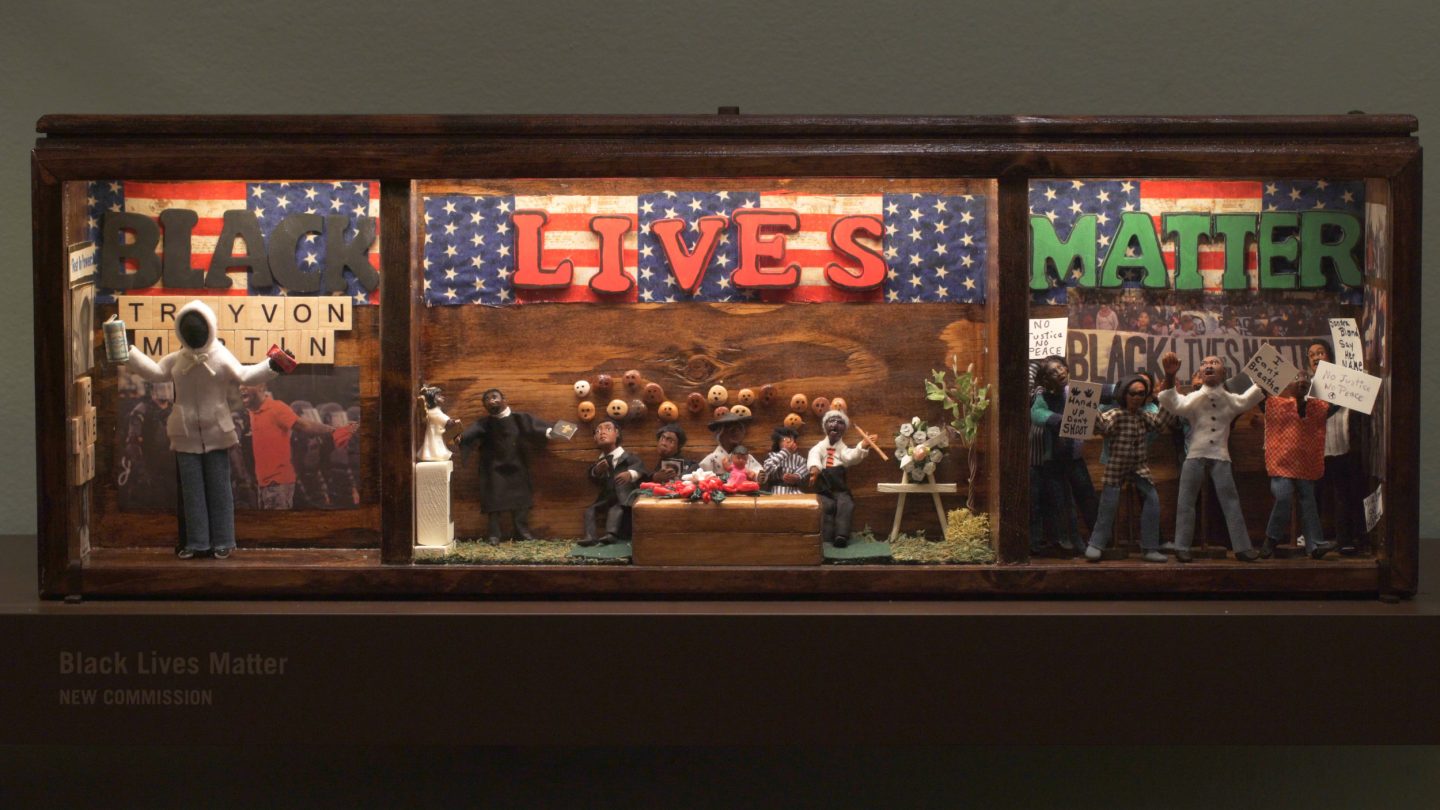 We carve out our space in history with everything we do. But for Black artist Karen Collins, she’s taken that concept literally (and figuratively) with the African American Miniature Museum.

In a film by Jacob Hurwitz-Goodman for Atlas Obscura, Karen Collins tells the story of the museum and its origins and how she wants to teach Black people of future generations about their history and lineage in the USA. It also shows Collins observing her pieces in Los Angeles Public Library (where her work was held between 2018 and 2019) and shots of her making the miniatures while narrating the film.

“We owe our ancestors a debt.”

Unfortunately, the catalyst for the African American Miniature Museum was one of deep sadness. In 2002, her son was sentenced to 176 years in prison for “three counts of attempted murder and one count of discharging a firearm from a moving vehicle”. That’s when Collins decided to “make the Black History Museum and go into schools and explain their lineage.”

The attention to detail is magnificent as Collins’s work depicts African American art and life through history, from the prominence of slavery to the Civil Rights Movement, all the way to the Black Lives Matter movement.

Currently, the African American Miniature Museum exists only as a “mobile” project in her home but she hopes to find a permanent place to exhibit her 50+ dioramas and preserve the historical pieces.

Stream the full video below.