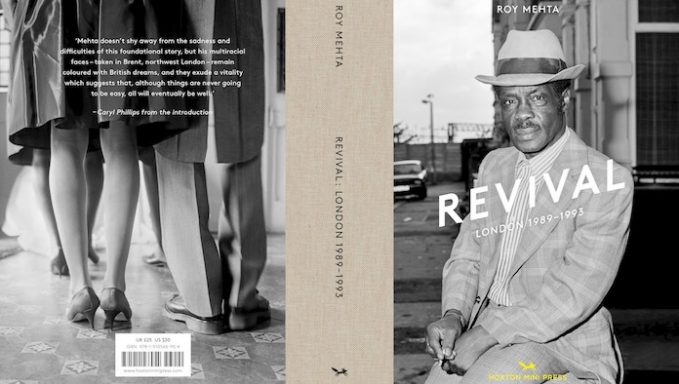 Roy Mehta is a London-based photographer and in his latest publication, Revival: London 1989-1993, he reconnected with his roots in Brent, north-west London. The book is a collection of Roy’s photos taken in a 4-year period from the tail-end of the 80s to the early 90s.

During this time, in 1989, Roy was living in Farnham, but he knew the area of Brent like the back of his hand – he just hadn’t been there for a while. So he packed up his camera and started to wander the roads of his old hometown, taking pictures along the way and observing the streets that he once used to roam as a child. “I gradually got to know the people and began to be accepted into churches, pubs, homes, dancehalls and other places in the community,” Roy tells It’s Nice That. “This was a long time before digital photography and social media, so photography was a different kind of practice; people related to the camera in a different way.”

Quote from It’s Nice That

Revival: London 1989-1993 is available from Hoxton Mini Press and on Amazon. There will also be an exhibition of the work in March 2022 (you can check some of the photos from there too).