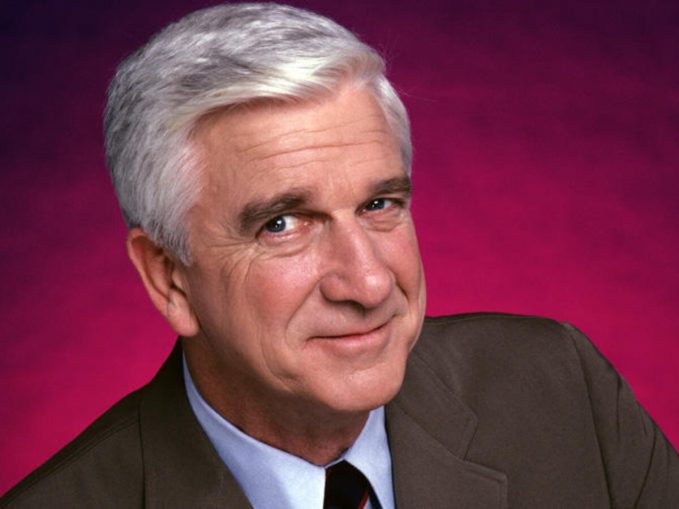 The Naked Gun films are some of my favourite comedy films of all time and it’s thanks to Leslie Nielsen.

The late Canadian actor was known for his absurdist comedy and one of his best-known gags was the fart machine. Nielsen would often use it in interviews and cause the interviewer(s) to act quickly. The machine itself was just a short rubber cylinder with a hole in it which you squeezed to make a fart noise. I have one and it’s really difficult to get a plausible fart sound but Leslie mastered it.

Stream an early appearance of the contraption with David Letterman below and a TV-AM appearance below that.