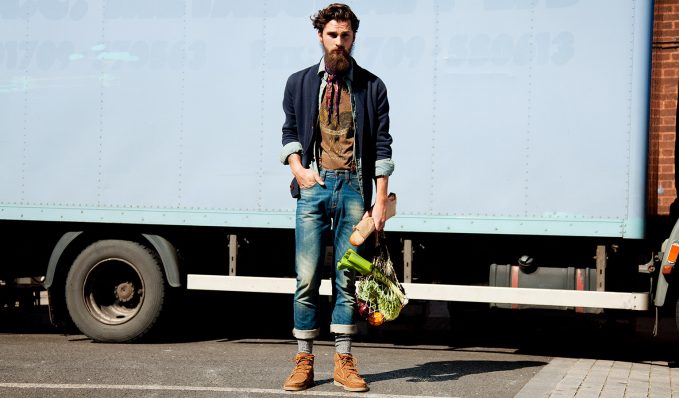 But has it always been that way? Well, the truth is they aren’t the first hipsters to walk the earth.

A quick search of the term “hipster” on Wikipedia brings up two examples: one from “contemporary subculture” and one from “1940s subculture”. By definition, the former relates to the hipsters we know today, described as coming from a “mutating, trans-Atlantic melting pot of styles, tastes and behavior”. From this perspective, the term first came into prominence during the 90s before gaining a new life in the past five years but looking at the term’s previous history in the 1940s, everything changes.

In 1948, American literary critic Anatole Broyard wrote an article called A Portrait of the Hipster where he described the hipster as a “the illegitimate son of the Lost Generation” longing “to be somewhere”. Brossard’s article continued, describing terminology of the hipster such as “jive” – described as “a philosophy of somewhereness”, “solid”, “out of this world, and “drag” amongst others.

Norman Mailer in his essay “The White Negro” described hipsters as “philosophical psychopaths living on the fringe of society” but the crux of the essay depicted them as white people appropriating black culture through their adoption of black styles, vernacular and jazz music as their own as well as their choice of living in abject poverty. He also discussed the idea of hipsters living a life surrounded by death and choosing to disconnect from society with their own brand of existentialism.

Looking at the two produces stark contrasts in definition and subculture but in some cases, there are similarities. There’s a sense that the current hipster (or as I like to call them “fauxhemians”) chooses to look dishevelled and absent from the mainstream culture as do the hipsters of the 40s.

But getting into the nitty-gritty of their motives is where the likenesses branch off. Fauxhemians are more aligned with indie music while hipsters were lovers of cool jazz and the former’s association with organic produce is a unique development. The reason I call them fauxhemians is because their lifestyles seem to be closer to those of the bohos of pre-20th Europe (although they are said to be descendants of the 40s hipster) rather than their appropriating American counterparts.

Their disconnect from mainstream society isn’t related to a life centred around death; rather it seems to be a choice purely in the name of paradoxical individualism, as perfectly depicted on 2000s TV series Nathan Barley. They even have their own brand of racism and sexism, involving “ironic” Kill Whitie Parties and appropriation of Native American headdresses supposedly to satirise political correctness and repeated uses of the terms “bitch” and “slut” amongst others.

Truth be told, it’s a complicated subject to form a complete picture of how the movements are all related and what they truly mean to those involved. But one thing’s for sure – the new hipster isn’t going away any time soon and they’re not quite as cool as their 1940s cousins.