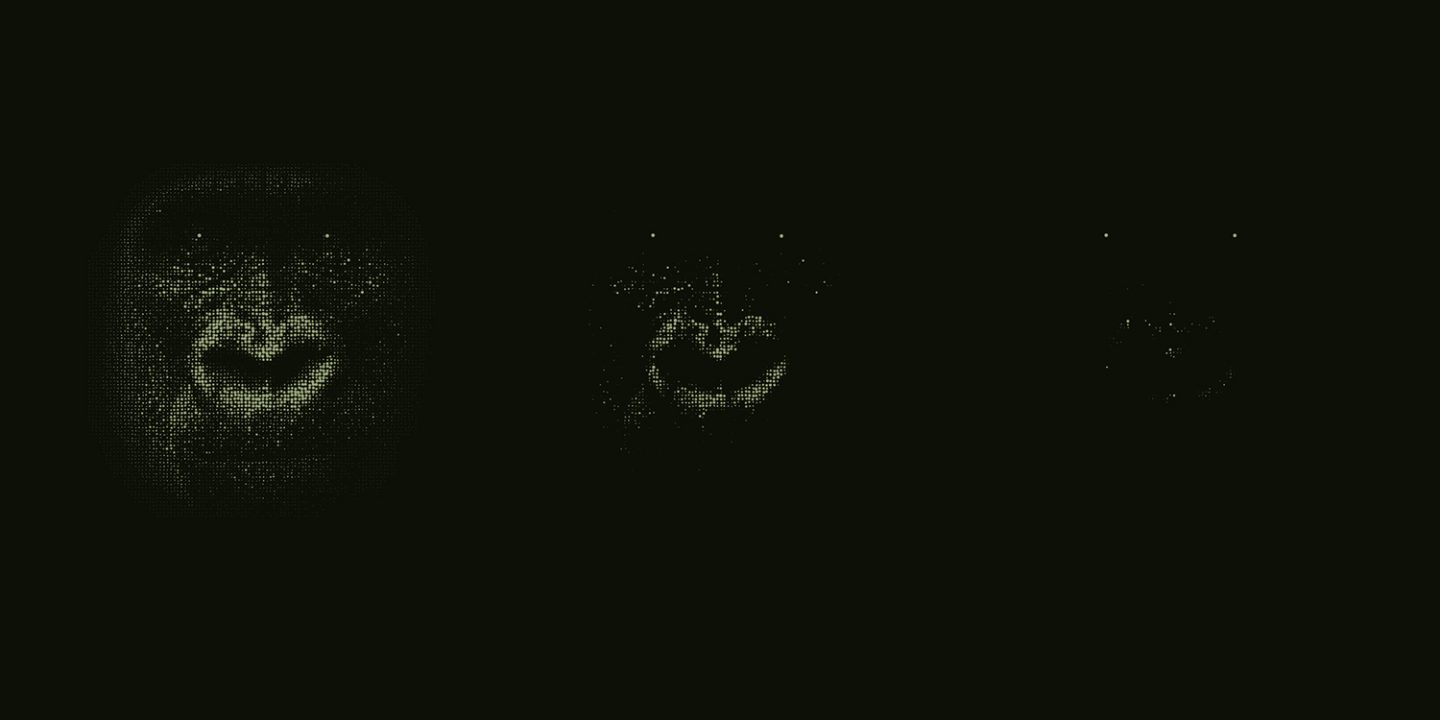 A Redditor by the name of WhiteCheeks (lol) posted some images he made from a script that “builds the face of an animal based on the population number of the species”.

Each dot represents a single animal, as the population numbers rise and fall the image will either become more legible or disappear completely.

He did so using data from the WWF and created the script using P5.js. We often hear the numbers attached to dwindling animal populations but having visuals really puts the message across. After all, in an article I wrote last May, a million species are already close to extinction.

We need to do more.