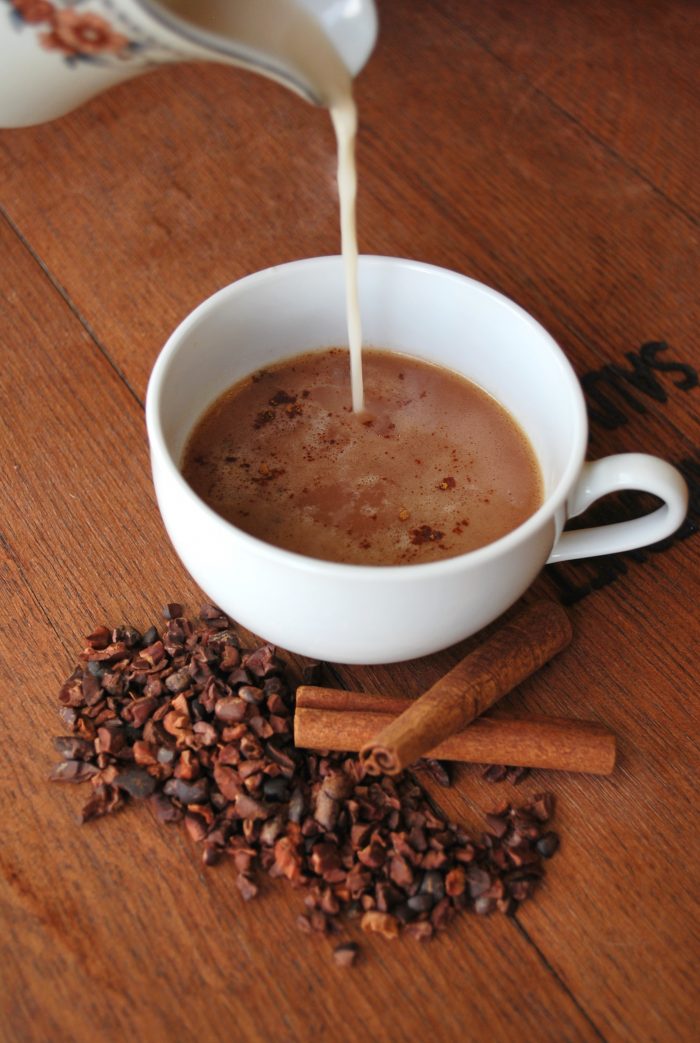 When I was little, my dad would play a lot of reggae in the car. One of the songs was I Am Not A King, originally recorded by Delroy Wilson. But the version my dad played was by a Jamaican singer called Cocoa Tea. At I thought it was just a Jamaican name for hot chocolate. I didn’t think much of it after that. 20 years later, it entered my life again in a Gastro Obscura article and my assumption was wrong. Cocoa tea was not a Jamaican term for hot chocolate. And it wasn’t really tea either.

Cocoa or chocolate tea is made from mixing grated cocoa balls or sticks with milk and water, before boiling. So in some ways, it’s a lot like hot chocolate. But the secret to a perfect cup is pure unsweetened cocoa. Authentic cocoa balls are best but hard to obtain outside the Caribbean. Adding traditional Caribbean spices such as nutmeg, cinnamon, or ginger is the proverbial icing on the tea. The biggest difference is the lack of sugar (which is a big part of Caribbean sweet cuisine) and that’s where condensed milk comes in (which is a big part of Caribbean sweet cuisine). This can, of course, be substituted for any kind of milk and the spices can vary depending on where the drink is made.

It’s not even specific to Jamaica and Barbados. Trinidad and Tobago, Grenada, Dominica and Saint Lucia are some of the islands who sip on the hot beverage. So why is it even called “tea”? Think of it as a Caribbean umbrella term for a hot drink at breakfast.

Check out some recipes for the drink below.