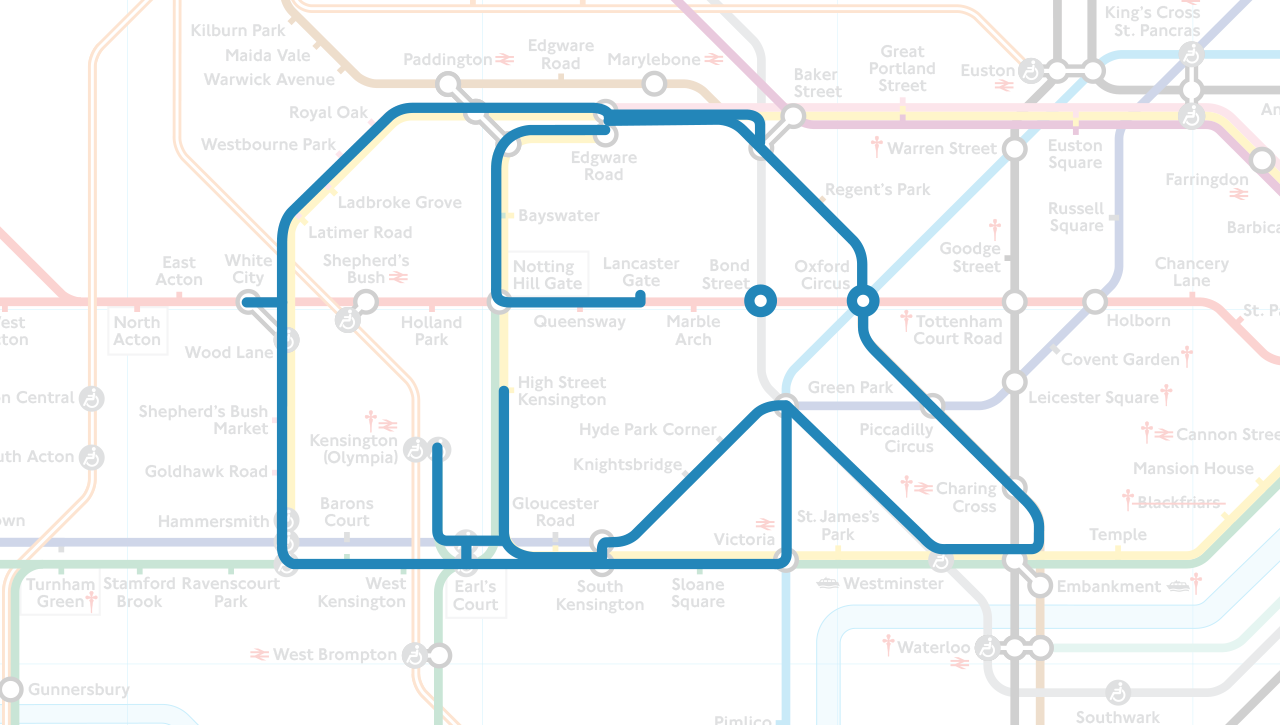 Animal’s on the Underground’s backstory:

The animals were discovered by London-based designer, Paul Middlewick in 1988. They’re created using only the lines, stations and junctions of underground railway maps. Paul first spotted the elephant while he was staring at the world famous London Underground map during his daily journey home from work.

The more he looked, the more animals he found and the elephant was quickly joined by many other cute animals including a bat, a cat, a polar bear, several dogs and even a bottlenose whale.

But over time, people have discovered animals on other underground transport systems including the Moscow Metro, the New York Subway, and the Paris Metro.

You can buy a desk jotter and a pack of 3 notebooks from the site to help maintain the site as well as donating to them directly via PayPal.

Sadly, no hippos have been found yet.