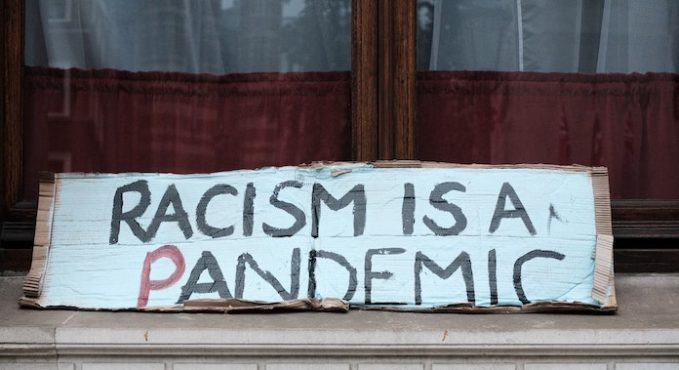 I initially opted for a softer title but it was a life goal to be more active with my language back in 2016 or 2017 so there you go.

Three things popped up on my social feed today regarding the connection between whiteness and racism and the language of illness. In reverse order:

Before I dive into anything else, it’s amazing how circumstances can connect through the power of the Internet. And yet that’s exactly what it was created for. Large networks of information rabbit holes that are never too far apart to be deemed coincidence.

Anyway, the final paragraph from Young’s piece for The Root:

White supremacy is a virus that, like other viruses, will not die until there are no bodies left for it to infect. Which means the only way to stop it is to locate it, isolate it, extract it, and kill it. I guess a vaccine could work, too. But we’ve had 400 years to develop one, so I won’t hold my breath.

It’s common to see racism and its structures to be represented that way and while I’ve not done it myself, I know many friends and family who have and haven’t argued against it. But then Josh Rivers mentioned how he’d used similar language before finding this Instagram post from Project LETS which referenced a Twitter thread by Dr. Subini Annamma, a Black Asian feminist and author of The Pedagogy of Pathologization: Dis/abled Girls of Color in the School-prison Nexus. Here’s the first tweet of it:

Now this I can relate to. I understand the idea of white supremacy and racism like diseases in that they pervade society and you don’t always see it or can do little to prevent or cure it at all in large quantities. But viewing them as physical structures makes more sense because there are actual constructs that were built for the purpose of promoting white supremacy.

There is no vaccine for racism and knocking down buildings of oppression won’t solve the problem in and of itself. Instead, we tear those walls down and we clear the debris and we use those bricks to create the opposite. The work doesn’t stop because the buildings aren’t standing anymore.