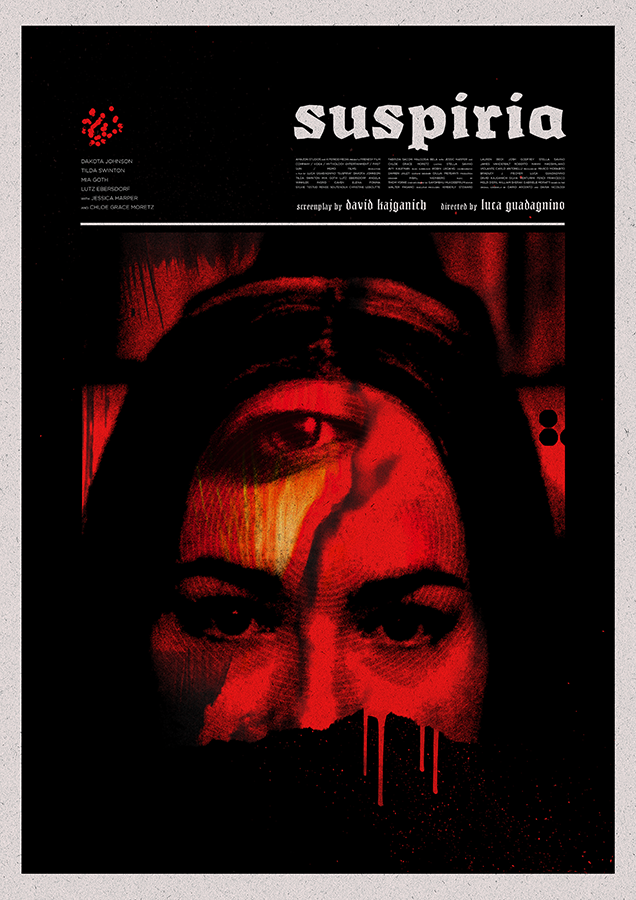 You just can’t get artistic film posters for new movies nowadays. We discovered so many weird and wonderful ones when we interviewed CoolFilmArt a while back but the stuff you get now is basic and cookie-cutter nonsense.

So film posters like the ones Matt Needle produces are a stroke of artistic genius (and that’s meant in the true definition of the word). Matt is a Cardiff-based illustrator and graphic designer who specializes in editorial illustrations and film poster design. He’s worked for the likes of Warner Bros, Disney, Marvel, and the BBC to name a few.

And when you look at his work, you can see why. His posters don’t all follow a particular art style, allowing him to mould and remix the film genres with aesthetics that aren’t associative. As an example, take a look at this poster for Star Wars: The Last Jedi:

The film was released in 2017 but its style wouldn’t look out of place in the 60s or 70s (particular when you think about the Tokyo 1964 Olympic designs for example). It’s subtle yet effective. Three key elements and a minimal colour palette. Enough to want it on your wall.

In an interview with Cat on the Wall, he said of his creative process:

My creative process would begin normally with me sitting down with a pad and a pen scribbling down notes and sketches, bringing that all together and drawing up a plan, I would then get on the computer and make the idea happen using Adobe creative Suite (namely Photoshop & Illustrator).

He’s also called Saul Bass one of his biggest inspirations, alongside Salvador Dali, Escher, Milton Glaser, Bauhaus, and Surrealism amongst others.

While Matt Needle doesn’t follow a specific art style, every design he creates unearths complex beauty from within himself and the subject matter. Movie posters of this era lack that because they’re churned out quickly and lose any semblance of meaning as they pass through the design chain. Matt has the luxury of a more considered approach and it shows in his work.

If you want to buy some of Matt’s posters or pins, check out his online store. And for more of his artwork, visit Matt Needle’s website.