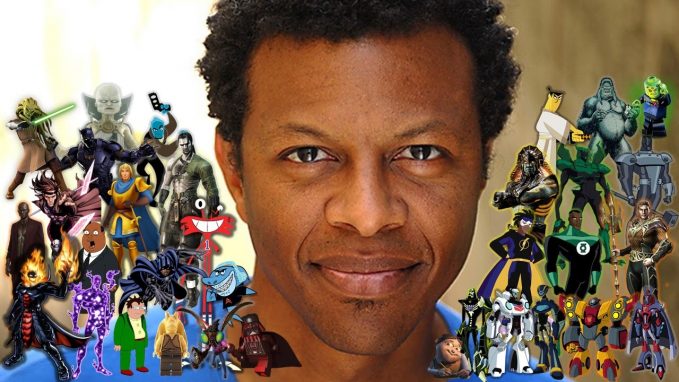 Phil LaMarr sat down with Vanity Fair and discussed some of his most iconic character voices, including Hermes Conrad from Futurama, Ollie Williams from Family Guy, Green Lantern from Justice League, Jack from Samurai Jack and Virgil aka Static from Static Shock.

Amongst the characters he discussed, Phil went into how Hermes could have disappeared if it wasn’t for one vital change.

Then about three episodes in, the writers sort of realized that the Hermes character was fine, but they didn’t really have anything that was working, working. And I remember Matt Groening coming up to me in the hallway, and said, “Well, we just wanna try something with Hermes. Can you do a Jamaican accent?” I said sure, I can do that. I auditioned for Cool Runnings just like every other Black man in 1980 whatever. Adding the accent gave the character another dimension, added depth. ‘Cause all of a sudden instead of just writing accountant jokes, they were writing Jamaican jokes. And then laying accountant stuff on top of ’em. Like okay, so what if he’s sort of laid back but not laid back at all. I think actually, had Matt not suggested that, I probably wouldn’t be sitting here. I probably wouldn’t have made it past episode four.

Phil also talked about what inspired each voice and how they brought his characters to life, like the Green Lantern.

It was wild to be The Green Lantern. I’d seen Bruce Timm’s work on Batman Beyond and knew the character designs and all that. And in terms of finding the voice, that was sort of easy to do. Because the way he draws men, they’ve got these little tiny legs and these great big chests. So you feel like everybody’s gotta have a deep voice. They talked about the character. It was like, well, he was a Marine. He was from Detroit. And I’m like oh well my dad’s from Detroit. So I added a little bit of a level, sort of an homage to my dad, because my dad was like a, you know, sort of this smoky voice, so I wanted to put a little of that in there. So it wasn’t just, you know, I’m big hero. It was also a little bit of this, you know. The guy has, he’s been somewhere. He’s done some things, you know.