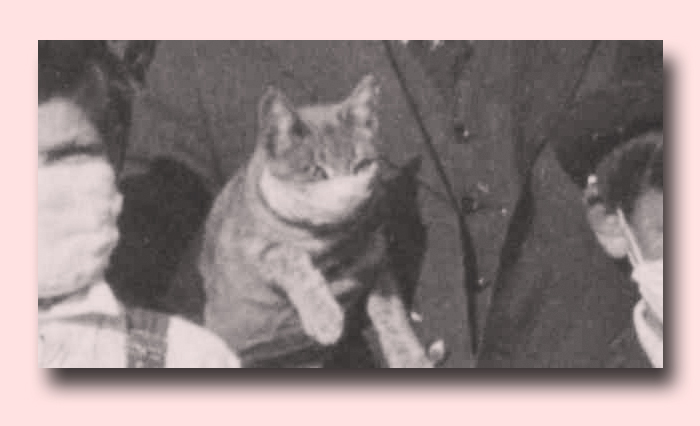 Do you have pets and, if so, are they wearing masks to protect them from coronavirus? The answer is likely “no” for the majority of pet owners but back in 1918, people were protecting their pooches and pussy cats against the notorious flu pandemic (known as the H1N1 virus) that infected around 1/3 of the world’s population.

Quarantine wasn’t an option like it is today so every man, woman, child and their dog wore masks as they ventured outdoors. We know at least during the current pandemic that while pets can contract the virus, and dogs are more susceptible, it has only been tested in a controlled environment and masks would be more trouble than they’re worth (have you tried putting a collar on a cat?)

But during the flu pandemic of 1918, people worried their pets could carry the virus, with one Pennsylvania councilman claiming that dogs and cats were responsible for its spread across the country. His solution? Shaving or killing pets to prevent further infections. This sensationalist rhetoric lead to many peopling killing strays and some putting their own pets down.

But for the pets that survived, a few became local celebrities. A baseball game between Pasadena and Standard Murphy featured the mascot’s dog (below):

There was also Yancia, a Boston bulldog from Seattle and this cool Californian cat (below):

Not quite as fashionable as this fetching dog from 2019. And yes, it’s wearing a Supreme sweater, shorts, and trainers: