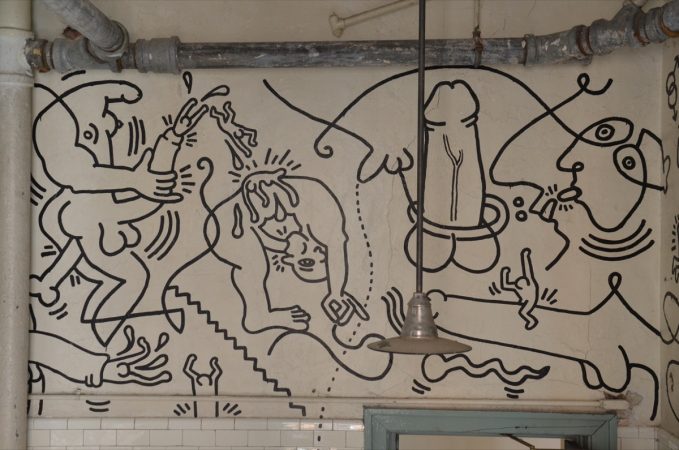 Sotheby’s will auction off pieces from Keith Haring’s art collection, including works by Andy Warhol and Jean-Michel Basquiat.

According to The Spaces, the sale will raise money for The Center in New York, a cornerstone of the city’s LGBTQ community. The auction will open on 24th September and is expected to raise about $1m. If you have that kind of cash, you can view the works online or arrange to see them in person at Sotheby’s Manhattan HQ.

If you’re wondering why Haring’s art collection is being auctioned off at all, it’s a legal thing:

Legal counsel had warned the nonprofit for years that keeping a collection made by artists other than its founder might fail to serve its charitable purpose. So last year the foundation began arranging with Sotheby’s to sell the artworks in an online auction called “Dear Keith,” with all proceeds benefiting the Center, an L.G.B.T.Q. community organization in the West Village.

And the reason for choosing The Center was a personal connection to Haring:

“Keith Haring fostered hope and resilience during difficult times,” said Glennda Testone, executive director of the Center. “He painted his 1989 mural, ‘Once Upon a Time,’ on our walls to celebrate sexual liberation and envision a world without AIDS, in direct opposition to the fear and stigma that fueled that pandemic.”